A conversation with Nikkei Chefs | Harmony of two cultures at Aji 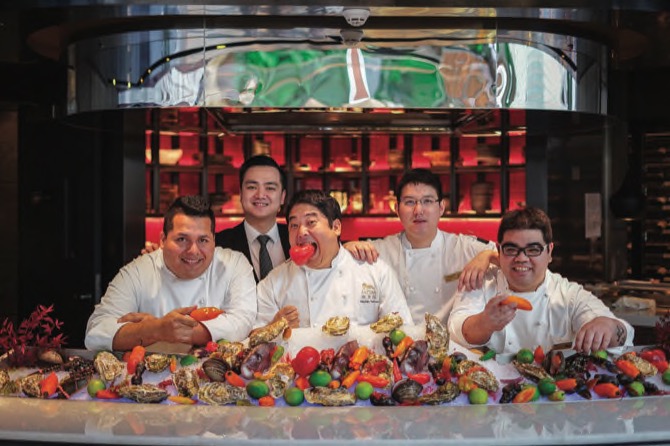 Delicacy of Japanese techniques matches with the exotic flavors of Peru to wow discerning diners this season at MGM Cotai’s Aji.

In the world of Nikkei cuisine, where Japanese concepts of gastronomy influence Peruvian cuisine, Mitsuharu Tsumura is one of the most well-known chefs who has brought his own ideas and passions from his country and introduced them to the world.

“To me, Peruvian cuisine is heavy metal music and Japanese cuisine is classical music. The two need to harmonize well together in a perfect combination. It is important that we understand the DNA of both cuisines,” explains Peru’s star chef of the restaurant “Maido” in Lima, a Nikkei concept which ranked seventh in the San Pellegrino World’s 50 Best Restaurants 2018.

Their goal is to elevate the original menu to another level and feature their best efforts and creativity. Additional ingredients from Peru are imported to make the taste profile more complex. The result is an explosion of well-balanced flavors and aesthetics that surprises the senses.

For lovers of beef tartar, Aji’s version of the raw beef delight is enhanced with sea urchin, quail egg, and truffle chapla.

Mushroom fanatics will be thrilled by mushroom, shiitake, enoki and king oyster mushroom in broth.

Lastly, the Rocoto, a dessert filled with coconut, cinnamon foam, chocolate praline and peanut ice cream, sweetens the palate with its diverse textures, making it the perfect conclusion to a rich meal characterized by sophisticated combinations and innovative artistry.

After the tasting, the Times sat down with the Nikkei chefs for a conversation.

Macau Daily Times (MDT) – How do you work with Chef Edwin? 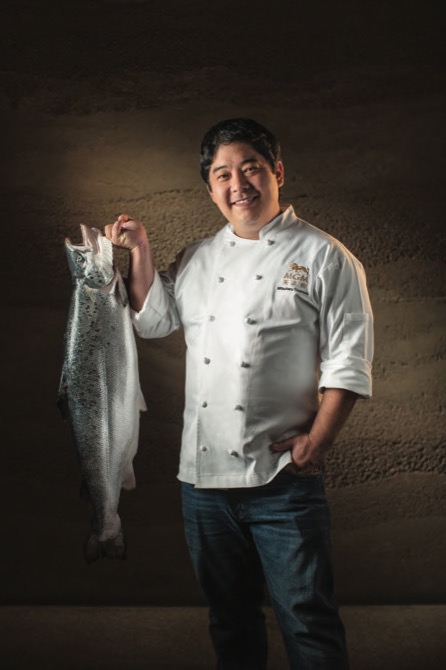 Chef Mitsuharu Tsumura (MT) – I communicate constantly with Edwin. For the first few months of the first year, I was more involved creatively. Now I give ideas, but I would say that 80 or 90 percent of the job is done by [Chefs] Edwin and Aldo.  Actually, they come up with ideas and they ask me, “what do you think about this?” And we take the ideas from there. Edwin and Aldo know what kind of flavors I like. I also give him ideas. So it’s team work, but it’s mostly executed by Aldo and Edwin.

MDT – You talk through Facetime?

MT – No. We like to see each other, but not that much. Once a week is enough. [Laughs]

Edwin has always been a very talented and creative chef. He worked with me in Maido.  He won the best young chef [award] in Peru, the contest. Edwin has really developed a good relationship with everybody in the hotel, with the team, and outside the hotel.  Also in Hong Kong.  He is very easy going. When I came this time, I was surprised because everybody knows him and he knows everybody.  I feel proud and very happy because before coming here, it was a challenge, but I think he has done very well and engaged with the people.

MDT – Can you talk about your experience in Macau?

Chef Edwin Guzman Navarro (EGN) – It was a challenge when Mitsuharu made the decision to choose myself and Aldo to come to Macau and develop the concept here in China. It was a challenge looking for products similar to the Peruvian ones and starting to cook with people who don’t know anything about your cuisine and your flavors. But I can say the first year was very good also. We were tired but enjoyed the work.

MDT – How do you overcome the problem of importing products?

EGN – When the Hong Kong- Macau-Zhuhai Bridge was finished, we were thinking maybe the problem can be fixed because half of the products [can be found] in Hong Kong, but delivery is not easy.  We have some ingredients flown directly from Peru, but it’s very expensive.

Peruvian cuisine is developing in Asia, more in Hong Kong than in Macau, and the products are going to Hong Kong first and then sent to other places. We are still trying to find new suppliers.

MDT – And ingredients from Japan?

EGN – I went with Mitsuharu to Japan and tried the food there. I saw the ingredients, but was not very familiar with all of them. Actually, we always ask Mitsuharu how we should cook with those products that we never saw in our life.

MDT – What about the kitchen, is it to your liking?

MT – It’s a dream kitchen. I said when I open this restaurant in Macau, it has to be the kitchen of my dreams. [MGM] hired a designer and everything, but I want to design it myself.  So, I went back to Peru and I drew it there. I want this station here, pastry there, etc. Plunger here, walks here. So, it’s not a typical kitchen, it has many stations. It’s like a fish bowl.

MDT – Is the new menu an elevation of the previous menu?

MT – We try to make something special for our guests. Engawa, for example, is top quality and a precious part of the fish, but most people don’t know what it is.

When I first went to Japan I didn’t know about it because in Peru, we don’t use it; we throw it away because it’s hard [to cook with].  But now they’re using it. Some 17 years ago or so, my boss in Japan said, “Okay cut the fish.” I cut the fish and left the Engawa and he got mad because I threw it away.  “Where’s the Engawa?  Why not use that?  That is the most expensive part of the fish.  That’s worth the same amount as the whole fish,” he added.  I’m never going to forget that. If you don’t go very well into the bone of the fish, you can lose half of the Engawa. These tough parts of the fish are the best parts for cooking… because they’re very hard when they are raw, but they are very tender when they are cooked.

MDT – Who are the clients?

Alexandre Santos (AS) – Expat and local Chinese community. They accept the food but it is very new for them. You need to really take an effort to explain what the dish is. After opening up the menu, we try our best to go to the table and start to explain.

MT – I was happy to hear that 80 percent or more of the customers of Aji are locals.

AS – In the beginning it was like the ‘curiosity stage’ of the whole hotel.  It was the first Peruvian and then Nikkei Restaurant in Macau and it was challenging then. […] I got a chance to go to Peru almost a year and a half ago. Chef Micha took me out to many different places, like even fish markets, a French market and different restaurants with different types of cuisine and this overcame a lot of basic challenges, for example, how we can explain the dishes to the guests.

MDT – Chef Micha, what is your goal for the future?

MT – I take life day-by-day. I don’t like to plan, but I have to plan sometimes because that’s the way my work is.  Many people think I’m very organized, but I am not. When I wake up every day, I try to make my day perfect.  But when I plan something too much, it doesn’t work. That has happened to me. So the best things in my life have happened without planning. So, I really don’t know what I’m going to do. One of the things I know I’m going to do is that I’m going to close my restaurant in Lima. Maido is going to close in approximately three or four more years.

My concept in Chile and China are basically the only two concepts that are this elaborate. What I open in the future will be very casual. I am not looking to be in a ranking, just [to make] good food at a good price. I want to make my food more democratic.  I want to open more concepts where everybody can go. That is happiness. We can make tasty food without it being so expensive. The future of food is informality. Do whatever you want. If you want to eat with your hands, eat with your hands. No dress code. There’s no better way to eat than the way you feel comfortable. I never wear suits, for example. If you tell me I have to dress up to go to a restaurant, I don’t go. I never wear a shirt, that’s the way I am.

MDT – When did you first hear the word ‘Macau’?

MT – The first time I heard the word ‘Macau’ was when I was in college because I had two friends from Macau. That was 20 years ago. I said, “Where are you from?” “Macau.” “Where’s Macau?” Macau was not like [it is] now 20 years ago, so he talked about gambling. He said, “We have casinos there and the Portuguese influence and this is Macau.” So, from that time I always remembered Macau in that way and said, someday I’m going to go. 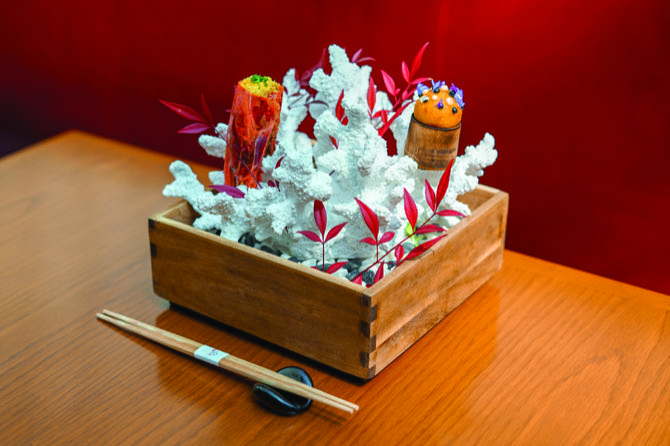 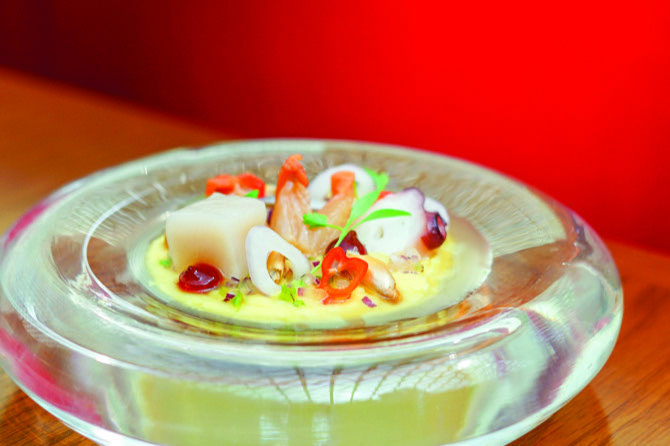 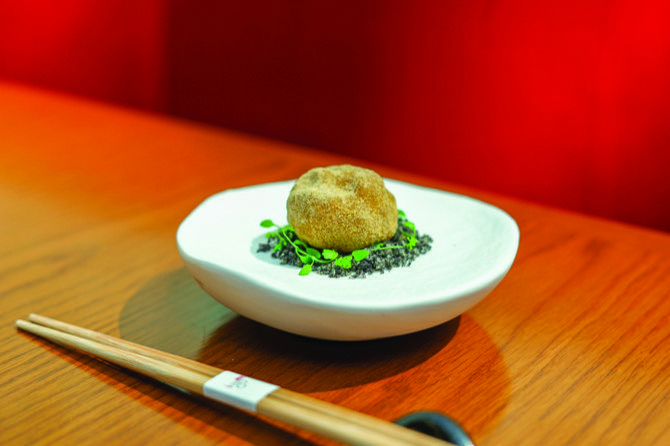 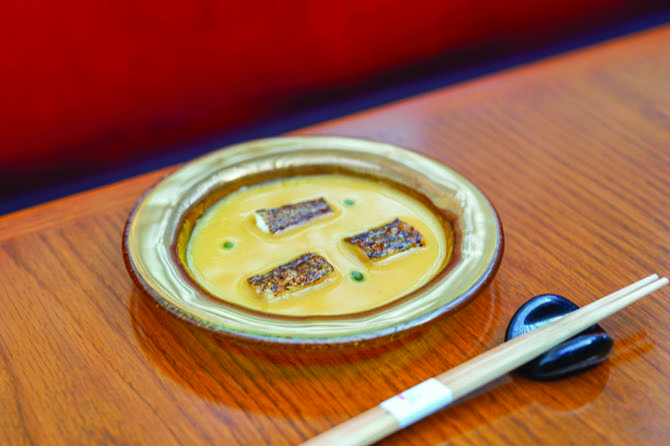 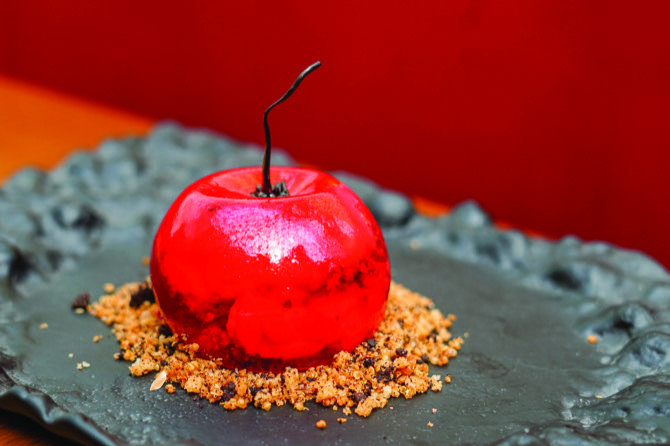