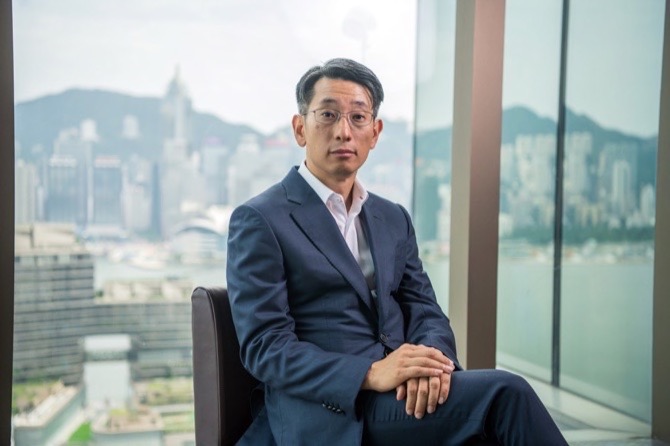 Sham Shui Po, one of Hong Kong’s poorest districts, is a concrete warren of rag traders and cheap street stalls that was once a hub for refugees. More recently, it’s become a battleground for the weekly clashes between riot police and black-clad protesters.

Up a narrow staircase here you’ll find the unlikely philanthropic front for one of the city’s most elusive property barons.

“We have to find a way to play a part because the government has limitations so we can’t rely on them and traditional charities have limitations,” said Peterson Group Managing Director Tony Yeung. “With the resources at my disposal, if I’m not helping then who can?”

Yeung, 41, leads one of the most private of Hong Kong’s private, family run companies. Peterson Group held a party to mark its 60th year of operations in May. Bloomberg estimates the family’s wealth is at least $1.8 billion in Asia, based on public filings and research, but a person familiar with the firm’s businesses says its net assets are worth between $4 billion and $5 billion once all the overseas holdings are included.

Those assets span the globe, from apartment blocks in Canada to stakes in U.K. shopping malls and offices in Australia. The Yeungs also own part of Alvarium Investments Ltd., a fund manager with around $16 billion in assets under advisory, as well as London-based property fund Queensgate Investments LLP.

“There are prominent family developers, private, not listed, and Mr. Yeung certainly is one of them, but he’s one of the lowest key,” Henderson Land Development Co. Vice Chairman Colin Lam said. Peterson, he added, would also rank as one of the largest.

Hong Kong has been at the heart of the group’s operations since the company was set up in 1959 by Tony’s grandfather, who had fled the advance of Communist forces in China a decade earlier and worked odd jobs till he had enough to start his own trading firm in an office with a rented typewriter.

“It did anything that sells – plastic flowers, wristbands,” the younger Yeung said. His grandfather, called Peter, paid garbage men to deliver trash thrown out by his rivals, copying the return addresses on envelopes for potential sales leads.

Peter’s younger son Ben studied dentistry in North America, while the older one, Franco, joined the family business – learning Italian and living in Europe to work with clients. When his father suffered a stroke in the early 1980s, Franco took over.

At that time, Hong Kong’s property market was booming as the city transformed from a manufacturing hub into a financial center, and Franco used the family’s money to buy land, from farms on the border with China to run-down city blocks. Dubbed the ‘King of Buying Old Buildings’ – a phrase with more poetry in Cantonese – he knocked on doors and sought creative deals to convince villagers and residents to move out so he could turn their properties into new apartments.

Inevitably, he crossed paths with Hong Kong real estate behemoth Henderson, which had its own team digging through registries for properties.

Henderson patriarch Lee Shau Kee deployed his usual playbook and sought a meeting to discuss buying out the Yeungs. Franco proposed instead they work together.

Lee asked Yeung, “What are your terms?’” said Lam, who was Lee’s right-hand man for decades. Franco replied: “You lead, I’ll just have a fair share. You’ll have all the say, we’ll be very happy to follow.” It was deals such as these – struck with handshakes over tea, often without signed contracts – that transformed the family fortune.

The money Franco made in Hong Kong was plowed into China, from granite mining and polishing facilities to a northeastern brewery that made “Silver Wheat” beer. Peterson contributed capital of 23.5 million yuan ($3.3 million) in 2002 to Weichai Power Co. and helped bring diesel-engine technology to the nation. Filings show it later made more than $300 million via share sales between 2010 and 2016.

While Franco built the business in Hong Kong, much of the family, including his wife and son Tony, had moved to Canada, a well-trodden path for many Hong Kongers seeking a life abroad and a Western education for their children.

“It was very difficult and very isolating,” Tony said of his early childhood in Vancouver. “When people were going to Scouts, I went to Chinese school, and when parents were going to hockey games, my mother was watching TVB episodes at home,” he said, referring to one of Hong Kong’s most popular television channels.

Tony attended the Prince of Wales Secondary School, alma mater of Kim Campbell, Canada’s first female prime minister. Friend and former schoolmate William Lai Yu Tse remembers him as someone who always planned ahead. “When we played in his house, you’d see stock market and finance books on his shelf, while I was reading comics and car magazines,” he said.

Yeung went on to Washington University in St. Louis with ambitions to ride the tech boom. But after the dot.com bust, he wound up joining the family business back in Hong Kong.

Hong Kong’s property market was in a long decline in the wake of the Asian financial crisis and then the 2003 SARS virus, with prices dropping 68%. The group was close to missing its obligations and Tony had to weigh the value of every meeting against the cost of a cab fare.

“The business wasn’t in good shape at all,” Yeung said, adding the company survived with the support of friends who lent money so it could stay afloat.

As SARS passed, the market and Peterson Group bounced back. Having learned the risks of concentration, the family diversified, selling the Chinese brewery and mines and putting a cash pile of “about $1 billion to $2 billion” into a family office to buy property and other assets globally.

Today, the office owns 35% of Alvarium, in which Dilmun, a New York family office with ties to the Qatari royal family, also has a stake. Beyond the U.K., it’s an owner of properties in Japan and other parts of Europe. Tony is also a general partner and co-owner of Queensgate, which manages about 3 billion pounds ($3.7 billion) in assets. In March, Queensgate bought four Grange Hotels in central London for 1 billion pounds.

Tony’s uncle Ben runs Peterson in Canada as a separate, independent company and has turned it into a major developer there. Hong Kong still accounts for about half the family’s wealth, mostly from its commercial properties. Peterson owns the LKF Tower in the Lan Kwai Fong party district, the Hotel Panorama and a shopping mall in the suburbs among others, said Yeung.

Those property assets put the Yeungs and other real-estate empires in the city at the center of the debate surrounding the reasons for Hong Kong’s increasingly bitter and violent demonstrations.

Protesters say the conflict is about democracy and have issued five demands they say must be met. None of them is about real estate, yet Chinese state media has blamed the city’s housing crisis as the real cause of the unrest, even calling on the Hong Kong government to “recall” land from developers.

The city has topped lists for the world’s least affordable housing for almost a decade, with local media regularly reporting on the lives of people forced to live in cages or parking spaces that sell for $760,000. Its top five listed property firms have lost a collective HKD140 billion ($17.9 billion) in value and real estate tycoons like Li Ka-shing have taken to publishing full-page ads urging reconciliation from both sides.

Yeung remains optimistic and is looking to buy properties from those trying to sell based on the latest upheaval.

“I don’t think there’s going to be flight of capital anytime soon,” Yeung said. “Even during 2008 and the global financial crisis, where the whole world almost crumpled, in Hong Kong we had a dip and then came back up.”

Yeung declined to comment on the cause of, or the solution for, Hong Kong’s woes. But he is trying to help address some of the city’s inequalities, funding ventures such as Light Be, which works with landlords willing to charge lower rents for families that acquire new skills; and Hatch, a co-working factory for domestic brands that train locals to do jobs that might otherwise move elsewhere.

In a sign other developers are also looking to alleviate stresses in the property market, New World Development Co. said Wednesday it would donate 3 million square feet (278,710 square meters) of land to help with the city’s housing crisis. New World is working with Light Be to provide affordable apartments.

One of the chief funnels for the Yeung family’s efforts is Social Ventures Hong Kong, the philanthropic hub in Sham Shui Po. Co-founder and CEO Francis Ngai says Yeung has been one of its strongest supporters, using his hotels, properties, money and connections to fuel its efforts with little fanfare – a rarity among people in his income bracket.

“Right now, I feel helpless and powerless too like many Hong Kongers,” Ngai said on a recent visit with Yeung. “But together with his friends I think we can get more resources, get them together and build our own community.” David Ramli, Shawna Kwan & Venus Feng, Bloomberg