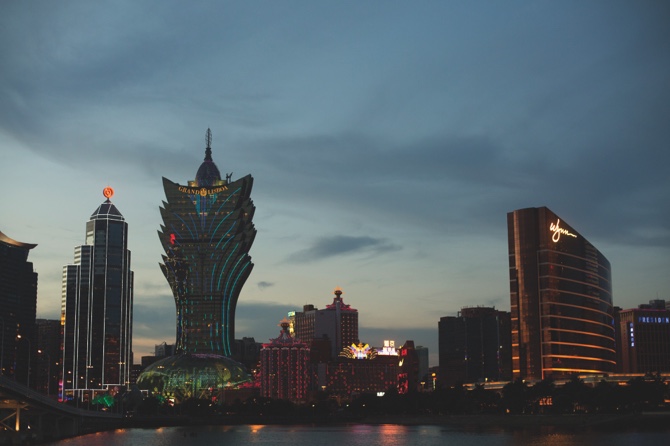 In the latest decade or so, the global accounting industry has been working to promote and invigorate the practices of corporate social responsibility (CSR).

When CSR is mentioned, many will immediately make the connection to charitable initiatives that corporations run to achieve certain goals, such as bringing benefits to the community and building corporate image.

However, a forum titled “The Role of Government, Gaming and Accounting Sectors in Sustainable Development of the Greater Bay Area,” held yesterday by the Macau Institute for Corporate Social Responsibility in Greater China, highlighted other key elements of CSR.

Environment, society and governance, abbreviated as ESG, are key elements of CSR practices. The latest academic trends in CSR in Macau focus on ESG as well as the broader topic itself.

For instance, corporations today focus on, or are expected to focus on, the impact on the environment caused by their daily operations. Recent research conducted by accounting firm PricewaterhouseCoopers (PwC) showed that 24% of the companies it interviewed have chosen to follow international environmental standards, which are stricter than those of the Hong Kong Stock Exchange (HKEx). Some 14% comply with the UN’s Sustainable Development Goals and 90% made disclosures on an environmental key performance indicators (KPI) that measure the effectiveness of their activities.

The results were reported by Bernard Li, PwC Macau’s assurance partner, who spoke at the forum. He said many stock exchange administrators require publicly listed companies to disclose their ESG activities.

In March 2014, the Company Ordinance of Hong Kong began requiring companies to report on ESG. On January 1, 2016, the ordinance further mandated detailed disclosure of ESG.

One year later, the disclosure of KPIs on ESG efforts became mandatory in annual reports. In May 2019, the HKEx further reviewed the requirement on disclosure of ESG efforts. Further changes have been speculated for January 1, 2020.

In the HKEx review: the policy is expected to become “Comply or Explain,” which means that publicly listed companies have to disclose all of their work conducted to meet ESG reporting requirements, unless they provide a reasonable explanation to justify their failure to do so.

Companies’ climate change countermeasures should also be disclosed. The strictest part of the review is that future ESG reporting will need to be audited by a third-party professional.

Many other stock exchanges have similar requirements, including Shenzhen and Shanghai.

Dr Liu Lizi, vice director at the Guangzhou Academy of Social Sciences, presented what the mainland government has been doing to promote CSR practices.

According to Liu, non-national level administration in the mainland must follow national policies, which have recently changed from economy-oriented to constructing sustainable, harmonious societies.

Besides economic achievements, mainland cities currently need to emphasize their sustainability successes. These achievements can fall within areas such as policy advantages and geographic advantages. These governments thus need to make policies that encourage CSR practices.

In order to promote CSR effectively, companies need to be trained in CSR. Governments can host events, including symposia and workshops, to familiarize companies with the practice. These events are essential because CSR is part of the city’s strategic planning.

Incentive policies need to be set up to encourage CSR, in areas such as taxation, subsidies, simplifying procedures and access to government contracts. Governments should also collaborate with various entities, such as International Standards Organizations, the media and through public dialog, to promote the importance of CSR.

In the meantime, in the Greater Bay Area, companies need to consolidate their resources to cope with CSR requirements.

Liu also said that governments should not be afraid of the financial costs of commencing CSR practices. When factories moved out of Beijing, there was a short period of financial difficulty in the city. However, when the old factories were turned into cultural incubators, the money returned.

Speaking about this change of mentality in sustainability, Dr Leanda Care, who is also a contributing editor at the Times, told the forum that “we are going far too slowly” in terms of developing sustainable and regenerative businesses.

Care raised the question: “Should integrated resorts lead the way in Regeneration or Sustainability?” which was also the title of her presentation.

She began by pointing out that there are alternative ways to think about production that enable stakeholders in a business to thrive. She poses a new vision proposed by an influential economist, that broader economies should aim to thrive whether they grow or not.

In her opinion, many companies are working on ESGs, but merely comply with them, without seeing this as an opportunity to adapt their businesses from within, finding ways to become sustainable and regenerative, in turn supporting thriving communities and environments.

Although many governments provide guidelines or regulations as to how much effort should be invested in ESG and CSR, Care recommended that decision makers start with themselves and take the initiative.

Efforts to transform their governance structure, metrics, incentives, operations and identity can be achieved.

As an example of what is already occurring, she also pointed out that resorts in Macau are at differing stages on their paths to true sustainability. As an example, some have explored energy production for their own use, utilizing the large spaces on the roofs of their properties. This also improves community resilience.

At the end of her presentation, she encouraged the audience to not “wait to be told what to do,” as proactively working towards the development of sustainable business models creates competitive advantage.

Dr Carlos Noronha, Assistant Professor of Accounting at the University of Macau and Vice Director General of the forum organizer, introduced a mechanism to evaluate CSR input adopted by the Shanghai Stock Exchange, the Social Contribution Value Per Share (SCVPS). In Shanghai, companies that fail to achieve certain goals may be fined.

He also pointed out that Chinese investors are becoming more sophisticated and that they care more about non-financial aspects, such as CSR and social information.