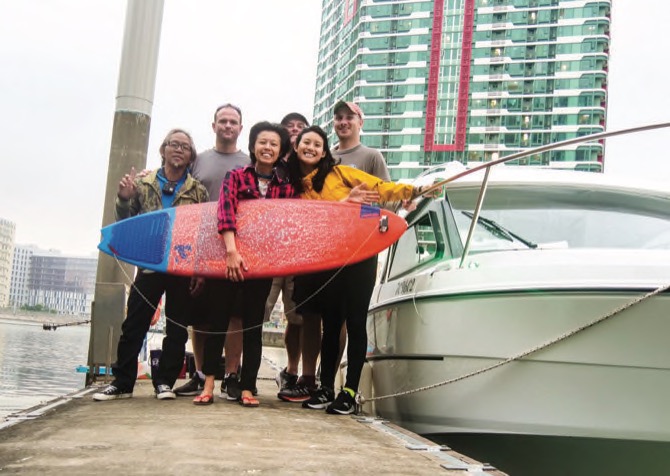 After a postponement caused by bureaucratic problems regarding the clearance of a support boat, kitesurfer Hillian Siu has finally completed her much-anticipated kitesurfing trip, crossing the Pearl River Delta between Hong Kong and Macau.

The trip, held last Friday, was successfully accomplished in 2 hours and 17 minutes, but not without a series of difficulties, as Siu explained to the Times in an interview.

The first difficulty was the wind, previously identified by the kitesurfer as the most precious and decisive resource. The wind initially subjected the kitesurfer to many difficulties as she tried to exit the bay at Hong Kong’s Cheung Chau Beach.

“Eventually my kite dropped near the rocks [at the northern part of the island] forcing the support boat to pick me up,” she said, noting that this was the hardest part of the trip.

“These first four hours were the most difficult as I couldn’t launch the trip [due to the wind],” said Siu, adding, “after the kite dropped we decided to take a different approach and around 1 p.m. we finally managed to successfully launch the trip, from a small island [West from Cheung Chau] in the Soko Islands.”

From then on the kitesurfer did not experience any other problems and the trip ran smoothly, although her full and constant attention was required.

“I had not an exact idea where I was going, in terms of geo- orientation, so my boat was helping me, giving me simple directions like ‘go left’ or ‘go right’ and it was easy in that sense. My main concern was with the [maritime] traffic, as the route is quite busy, especially with cargo ships.”

Siu said that although such ships travel at a relatively slow speed, a drop of the kite in front of one of them could turn the situation serious.

The trip aimed to raise awareness of marine pollution and raise funds for an ocean cleaning project. Questioned on the pollution encountered during the trip, the kitesurfer noted that it is present all the way from Hong Kong to Macau.

“There are a lot of floating objects like Styrofoam boxes and other plastic materials, but as we get close to Macau it is very clear that the [sea] water changes color and gets more polluted, and besides several kinds of residue we can see a lot of dead fish floating, especially at the final arrival point at the Macau Yacht Club [Doca de Lamau].”

According to Siu the trip, besides proving that the voyage is a perfectly achievable feat, also served to collect data and define potential routes and dangers to take into consideration for the main event. She hopes to gather a total of 30 kitesurfers in November.

Also questioned on safety issues, she admitted that having one support boat per kitesurfer provides a lot of confidence. For the main event, she said the organizer would be managing six support boats for a ratio of one for every five kitesurfers.

Asked for the highlight of the trip, Siu answered the arrival to Macau.

“As I was approaching, I started noticing a few buildings [on the horizon] but since I don’t see very well at a distance [so] I was not sure if it was really Macau or just another of several Chinese islands.”

“When I saw the airplane passing overhead to land at the Macau airport, then I really realized that I was arriving and started to notice the tall buildings and hotels [in the Cotai area]. That was the moment when I realized that the trip had been accomplished.” 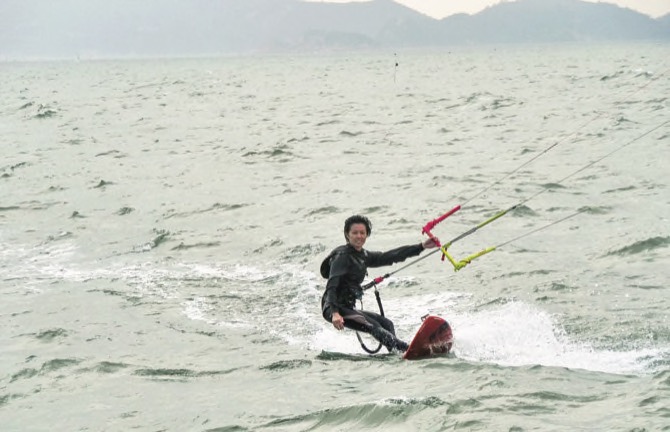 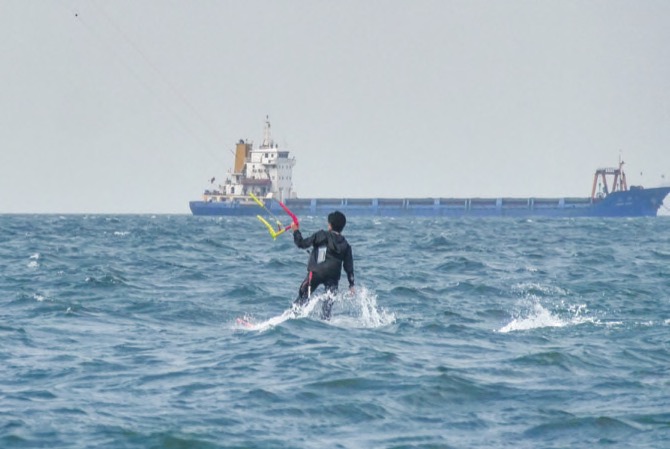