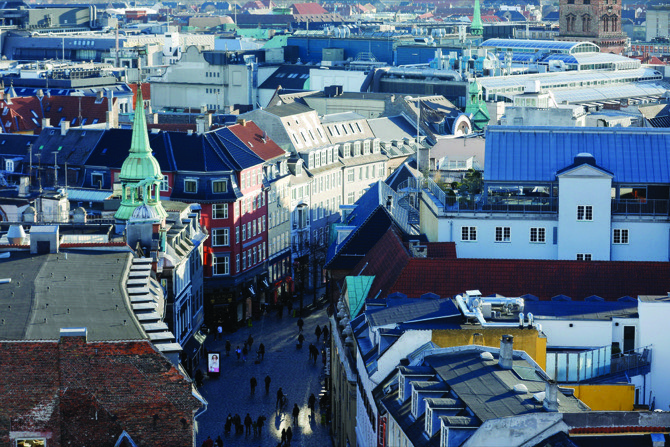 As one avenue for money launderers is shut, another one may be opening.

In Denmark, home to Danske Bank A/S, the authorities are now taking a closer look at companies that provide payment services. The worry is that the chain of processes behind each payment is becoming so complex that criminals might be able to hide their illicit transactions.

Danish Business Minister Rasmus Jarlov says the goal is “to all the time be ahead of the criminals.” Because they’re “trying to exploit any loophole and any weakness in the financial system.”

The decision to focus on payment service providers comes as the industry’s growth catches many off guard. Yesterday, markets woke up to news of a mega merger as Fidelity National Information Services Inc. agreed to combine with Worldpay Inc. for about USD43 billion, including debt, marking the biggest deal ever in that sector.

Banks in Europe face a September deadline to give payment service providers access to their accounts. The idea is to let such third-party firms carry out transactions on behalf of customers, provided they give their consent.

Ideally, such service providers should add a layer of competition to the payments market, which has been dominated by banks. But banks in the Nordic region, many of which have been targeted by money laundering allegations that are now being investigated, are protesting. They argue that the development leaves them with less visibility over what’s flowing through their systems.

Jarlov is part of a government that is still reeling from allegations that the main bank in his home country was at the center of one of the world’s biggest money laundering scandals. Danske has itself admitted that much of about $230 billion that flowed through a tiny branch in Estonia until as recently as 2015 was probably illicit. That’s amid accusations that the bank became a European bridge for criminals from Russia to get their money into the West.

Julie Galbo, head of risk management at Nordea Bank Abp, says she’s seen evidence that, in some cases, the money going through such providers flows “from, for instance, Russia to, for instance, exotic places that are not known for their high tax payments in the EU – Cyprus, Malta – and nice islands in the Caribbean.”