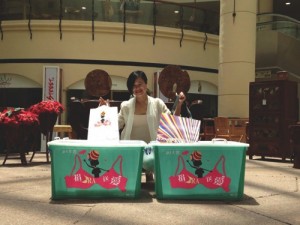 In a radio program yesterday morning, Dr Agnes Lam Iok Fong, assistant professor from the University of Macau, suggested that the implementation of universal suffrage in Hong Kong will inspire Macau residents to pursue constitutional reform. She later told the Times that the representative democratic system is starting to collapse, with more residents, especially the younger generation, refusing to adhere to the wishes of authority figures and seeking to express themselves in an independent style.
Agnes Lam said in the radio show that she does not want Macau to go through the same situation currently taking place in Hong Kong, where there is a serious mutual distrust between the central government and Hong Kong residents. Therefore, she has called on Macau residents to contemplate the relationship between the MSAR and central government.
Dr Lam told the Times that, unlike Hong Kong, Macau and Beijing are enjoying a high degree of mutual trust. The scholar also pointed out that while some Hong Kong politicians are suspected of having close relationships with foreign powers, such as the United States, this does not happen in Macau. As a result, she believes that this makes Macau a suitable place to have universal suffrage.
Moreover, she claimed that the demand for universal suffrage in Macau is not as great as it is in Hong Kong, because she believes that residents do not appreciate some of what she terms the “negatives features” of a democratic election. She also believes that the Macau government’s inability to tackle electoral corruption is also a factor.
Nevertheless, Agnes Lam believes that the situation is changing and that the younger generation is voicing its demand for a more democratic system. She also thinks that the current representative democratic system is losing its grip because young people have opted for other ways of expressing their opinions.
“The new generation does not need an authority or a representative. You can see that they have some very firm positions on many issues, but they would not vote in an election. They would rather have some self-motivated or individual civil activities. They believe that if they have enough people participating; if their friends are willing to come out [in support of the course], they (…) have already done their job. They don’t need some particular lawmakers to voice their opinions in the Legislative Assembly (AL). This is especially when we see that the functions of the AL are not well implemented,” she said.
The scholar suggested that the government should work harder on listening to individual voices. Although there are public consultations over various policies, Agnes Lam thinks that those consultations are rather lacking in details.
“I can see that when [the authorities] are doing something in regards to certain neighborhoods, they are not even willing to do some very simple tasks. Even I, after going through an election, know that if you want to campaign in the neighborhood, you have to have a gathering, as well as distribute promotional materials to mailboxes in different residential buildings. Why doesn’t the government do it? (…) Since the government does not need to be accountable to voters, it is thus used to [the idea] that it is enough to promote only through having newspaper advertisements. They don’t think that there have to be some more detailed works,” Dr Lam said.
Furthermore, she believes that the government should encourage different organizations and societies to further democratize themselves so that they can truly reflect the opinions of the majority. However, she thinks that it is more of a task for the organizations to figure out, rather than relying on the government to persuade or pressure them. JPL