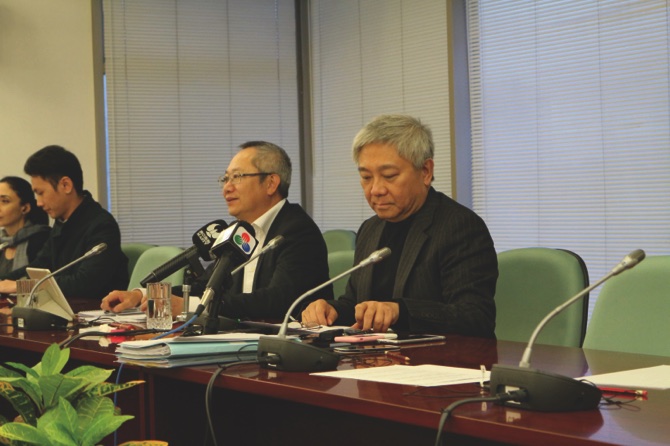 The Second Standing Committee of the Legislative Assembly (AL) held its 10th meeting to discuss amendments regarding the Law on Prevention and Control of Tobacco Smoke yesterday. The majority of the committee (eight in favour and two against) agrees with a proposal according to which casinos must meet  government requirements before 2019 to keep smoking lounges inside their facilities.

Last week, the government delivered new proposals to the committee for further discussion. The proposals included some requirements for gaming operators regarding smoking lounges inside casinos. Those adjustments seek to improve the requirements in terms of preventing smoke from leaking out of the lounges.

According to committee chairman Chan Chak Mo, three exceptions to the smoking ban are being proposed: allowing casinos to set up smoking lounges, establishing smoking lounges or smoking areas in prisons, and maintaining rooms which allow customers to sample tobacco products at tobacco stores.

Chan revealed that in yesterday’s session, the government did not accept all of the aforementioned suggestions, additionally noting that the new bill still requires that no indoor smoking be allowed in prisons.

The government also proposed that any shops, aside from cigar stores, are not permitted to exhibit tobacco products.

The new amendments are expected to come into effect at the beginning of 2018, although the smoking lounges will only be allowed from January 1, 2019.

From that time, smoking inside casinos will be completely banned, barring in those smoking lounges which meet the government’s requirements.

“If the bill can be passed, it will come into effect on January 1, 2018, and, within one year, casinos can set up qualified smoking lounges,” explained Chan.

He expressed the personal belief that smoking lounges can reduce the negative impact of second hand smoking for casino employees.

As the gaming sector contributes to the highest proportion of taxes in Macau, Chan suggested that the city should not take the risk of causing a reduction in these taxes by completely banning smoking inside casino premises. “We can’t predict the casinos’ losses if a full smoking ban is implemented,” he justified.

He said that many casinos, including small ones, questioned the government about the consequences of being unable to meet the requirements for smoking lounges.

“The government will not allow smoking [in the casinos],” said Chan, explaining that this will be the consequence if casinos do not meet the government requirements.

Chan noted that if the law is passed and comes into effect on January 1, 2018, the government is giving casinos one year to set up their smoking lounges.

By 2019, according to Chan, if casinos cannot set up qualified smoking lounges, then  customers will not be permitted to smoke inside the premises.

Next week, the committee will invite government representatives to attend its meeting on discussions of the bill’s amendment.

The Health Bureau announced last month that the revamp of smoking lounges in casinos would be “a step forward.”