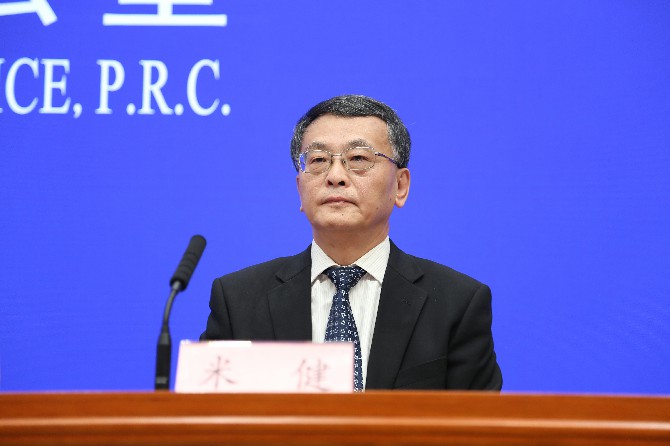 The constitutional law of the People’s Republic of China and the Basic Law of Macau do not allow the concept of “Macau people, Macau land,” said Mi Jian, director of the Policy Research and Regional Development Bureau, during yesterday’s Legislative Assembly (AL). The government official was referring to a policy proposal that would give priority over residential units to local residents.
Yesterday, lawmaker Ng Kuok Cheong asked the government for the ninth time to implement a “Macau people, Macau land” policy. His enquiry concerns the land plot in the New Urban Zone in particular, and the policy would ensure that this land was sold only to Macau residents.
Yesterday, Mi Jian turned down Ng’s proposal. According to Mi, the proposal cannot be implemented in Macau because the local community has not formed a consensus over the policy and whether it is in conflict with the Basic Law, which calls for Macau to maintain a free capitalist system.
He also pointed to the results of a study conducted by the University of Macau, which indicated that there is no need for a “Macau people, Macau land” policy as it conflicts with public housing policies and may negatively impact the market.
Mi also suggested that Ng not use Hong Kong as a reference for Macau’s policies.
Lawmakers, including Sulu Sou and Angela Leong, asked the local government to develop apartments for the youth.
Mi said that the local government attaches unnecessary importance to youth apartments. He stressed, “Not to mention that youths can’t afford the mortgage of an apartment. People like me can’t afford one either.”
On another land topic, lawmakers raised concerns over the Macau Urban Renewal Limited investment in Hengqin. Representatives of the company were unable to give clear answers to lawmakers’ questions.
During yesterday’s AL plenary, company representative Lam Kam Seng revealed the details of the Hengqin projects to the lawmakers.
Overall, the Macau government will use seven land plots (totaling 19,000 square meters) in Hengqin to build a neighborhood designated for Macau residents. There will be 4,000 apartments, including 200 for individuals working in the education sector. The company plans to build a primary school with 17 classes and kindergarten facilities with 12 available classes. In addition, there will be transportation, commercial projects, and health centers.
The SAR government, which is fully responsible for developing the project, will build the entire neighborhood project based on “Macau standards.”
Company representatives repeatedly claimed that the Macau public fund invested project only serves to help Macau local residents, but have not revealed any details about capital investments related to the project.
Lawmaker Sulu Sou raised questions about the government- owned company. His particular concern is that the company, which was established for the purpose of renewing Macau’s old districts and buildings, is now primarily focused on advancing a project outside of Macau territory. “How can the public supervise the company, the investment? Where can the company invest? How much can the company invest? Who will the company cooperate with?” Sou asked. He further questioned how many of the company’s workers will be available for Macau’s local urban renewal projects.
Lawmaker Mak Soi Kun then asked “if Macau can make money” from the project.
Lam did not give clear replies to the specific questions of the two lawmakers, stating only that the project would be of good quality and the investment will be supervised.
He said that houses from the Hengqin project would be sold to Macau residents at cost price.