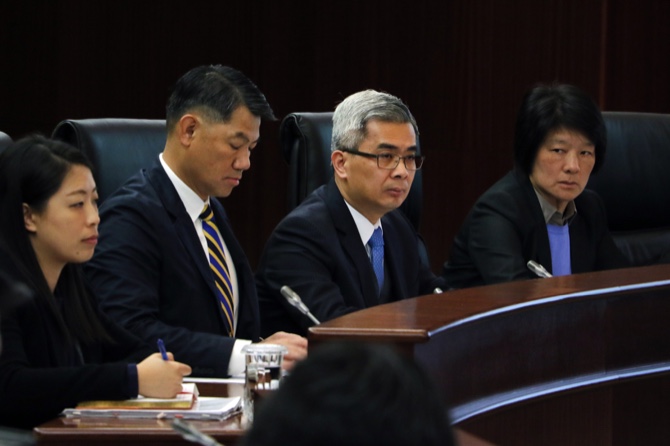 The bill that aims to establish the new competences of the Public Security Police Force (PSP) was finally approved yesterday at a plenary session of the Legislative Assembly (AL).

The bill gathered consensus from lawmakers save for Sulu Sou, who stood alone in questioning several articles and requesting several times for separate votes of parts of the bill with which he could not agree.

Sou started by questioning article 6 of the law, which defines the competences of the PSP. The lawmaker was interested in understanding why the word “citizen” used on the original version of the law was replaced by “population” and why it did not match with the word “resident” used in the Basic Law.

Another of the word changes flagged by Sou concerned article 12 where the duty of “watch” was replaced by “observe.” In his opinion the word replacement does not change the concept.

“The effect is exactly the same. And this is very wide concept. It gives a huge discretionary power to the PSP,” he decried, questioning its necessity when other articles already cover the duties of the police.

Before Secretary for Security Wong Sio Chak was able to reply, lawmaker Vong Hin Fai stepped in to answer that such changes had to do with a “consistency in the juridical terms and that the term ‘residents’ [in the Basic Law] should be interpreted also in a larger sense.”

Wong concurred with the need for a “consistency in the law language” noting that both definitions of “watch” and “observe” were discussed in the third standing committee of the AL where the bill had been scrutinized, adding that the replacement word had found “consensus within the [standing] committee.”

On the topic Wong added: “The pre-condition [for the force to act] is the possibility of an illegal activity. The PSP has the duty and competence to do this work as it contributes to law enforcement.”

As expected, a vote of this part of the bill passed not with the full unanimity of 28 votes in favor, but with 27 in favor and one against from Sou. 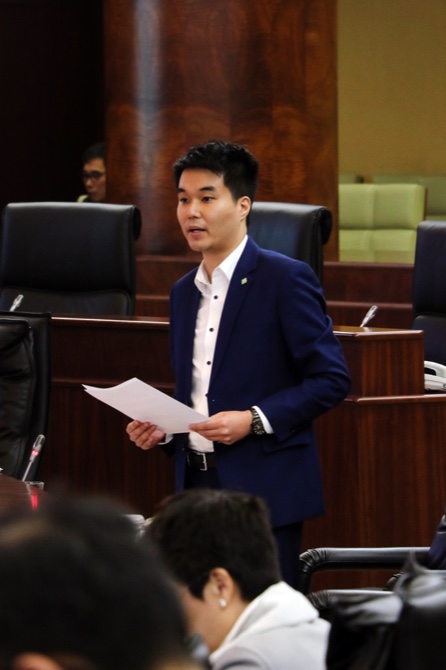 Sou also expressed concerns regarding the attribution of powers to law enforcement officers to be valid around the clock and even when they are off duty. Sou recalled differences between Judiciary Police (PJ) officers and those of the PSP, whereby the law only grants such powers to the former “during their activities and duties,” adding that there is a clear difference in the powers afforded to PSP officers and PJ officers.

The Secretary replied with an affirmation of the “need to fight criminality” noting that an officer “even off duty has such power and responsibility” and claming once again that the topic had been discussed in the committee.

When it came to the vote for this part of the bill, Sou opted to abstain, while all the other lawmakers voted in favor.

After the bill was approved in full, two lawmakers expressed their feelings in vote declarations.

Agnes Lam justified her votes in favor with the need to renew the law currently in force, claiming that the new law does not enlarge the competences of the force, but was rather a renewal of the current law.

Sou, who disagreed with the opinion, that said that the new law establishes an extension of police competences in several fields such as ports and customs, the airport and on the surveillance of the general population. “We changed only the words but the content is the same and the definition of the ‘behaviors susceptible of disturbing public order’ [as interpreted by the government] continues to lack clarity,” he argued. 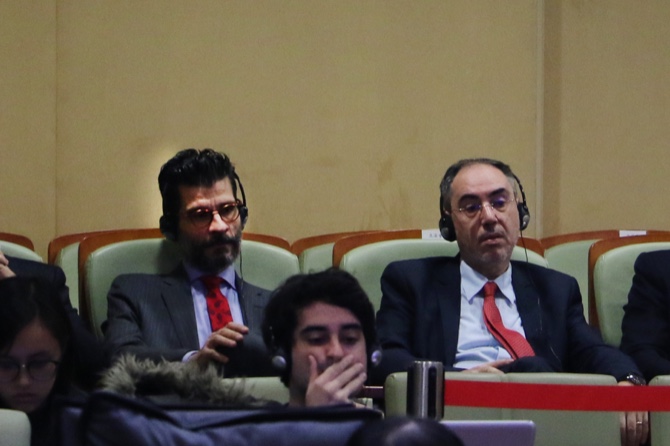 In the period before the agenda, lawmaker Sulu Sou opted to use his time not to question the government but instead highlight and thank the work over the years of the two veteran legal advisers of the AL, Paulo Cardinal and Paulo Taipa, who were dismissed by the board of the AL back in August of this year. The dismissal becomes effective starting December 31. Sou highlighted the contributions of the legal advisers by quoting former lawmaker Leonel Alves: “The two advisors are and will be indispensable elements for maintaining the quality of the legislative work of the Legislative Assembly. Nobody can understand which [reason] of public interest is so relevant that does not allow the renewal [of their contracts]. Discretionary power should not be confused with arbitrary power.”