Alexis Tam, first of outgoing secretaries to return to gov’t 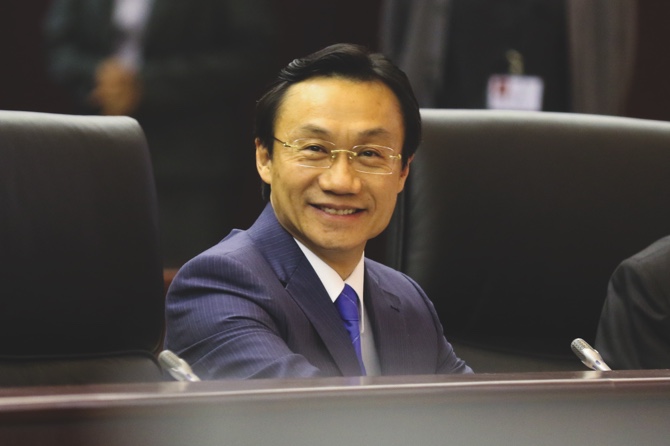 Alexis Tam will serve Macau in another government role once he steps down as Secretary for Social Affairs and Culture later this month.

According to a statement issued by his Office on the weekend, Tam “will continue to serve Macau […] in a different position in the SAR government.”

Macau’s three outgoing secretaries have all promised to continue serving Macau after they officially step down from their positions later this month, but only Tam has indicated that will be in a public role.

Secretary for Administration and Justice Sonia Chan and Secretary for Economy and Finance Lionel Leong promised to continue their contributions to the development of the special administrative region, but stopped short of specifying the nature of those contributions.

Asked over the weekend to reflect on their mandates, this is what the outgoing policy secretaries said:

Approaching the end of his term, Secretary for Social Affairs and Culture Alexis Tam has said he was satisfied to see the fruits from his work in the education sector. Tam was referring to the recent announcement of the Programme for International Student Assessment (PISA) ranking, which showed Macau students placed ahead of most of the world in the worldwide educational evaluation test.

On the sidelines of a public event, the secretary recounted the work he and his team have completed in the past five years, which includes Macau’s participation and rapid improvement in the PISA evaluations. He said that he looked back on his term in office “without regret.”

He also said that he was prepared to continue serving Macau in another government role, though did not specify what that would entail.

In 2015 and 2018, 15-year-old Macau students underwent the tests to evaluate their academic abilities. In the latest evaluation, Macau was ranked among the top three of 79 participating economies in reading, mathematics and science.

In another key area under his watch, medical care, Tam pointed to the extension in life expectancy as a measure of his success. He said that the current average life expectancy for Macau residents is now 83.7 years.

Before he took office, Tam had pledged in front of the media that he would “make the brightest five years in Macau’s history for medical development.”

The Secretary recalled how he had directed the extension of service hours at the S. Januário Hospital and Health Centers, which significantly shortened the waiting time and improved medical services. He also highlighted the 630 high-standard smoking rooms installed at 37 casinos during his mandate.

Moreover, this year, Macau inaugurated its WHO-accredited Emergency Medical Taskforce, which marked the fifth in China and 25th worldwide.

In cultural and tourism respects, Macau was recognized by the UNESCO as a Creative City of Gastronomy in 2017, which Tam proudly recalled over the weekend. The application was led by the Macau Government Tourism Office, which falls under Tam’s authority.

“Each project, each work, each meeting, each deed and each policy enacted during my term,” Tam said. “I have taken them very seriously and I still remember them like yesterday.”

His gratitude for the “trust and support offered by the Central Government and Chief Executive Chui Sai On” was also expressed.

Tam disclosed that after he leaves his current office, he will continue to serve Macau in a government position, though he did not reveal any details. 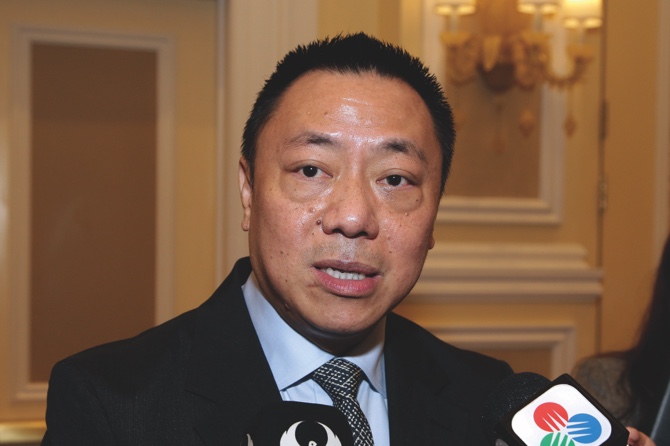 Secretary for Economy and Finance Lionel Leong said that he “has absolutely no regrets” regarding his term in office, but wants to wrap up his final tasks before handing over his responsibilities to his successor and the next government.

According to Leong, the transition between the two governments began last week and has been conducted in a smooth manner. Leong and his successor, Lei Wai Nong, are “fully confident” on the future development of the city’s economy.

Lei, who has been questioned by the public regarding his lack of a business background, was endorsed by Leong, who claimed that Lei understands the city’s economy and cares about Macau’s small and medium-sized enterprises.

Last week, the incumbent Secretary for Economy and Finance said he was confident the next government “will secure the best for the sake of Macau and the interests of the country.”

Besides being the Secretary for Economy and Finance, Leong was also a former member of the Executive Council and former member of the second and third Chief Executive election committees. Leong claimed that before he joined the Macau government, he had unfinished tasks, including his studies. Now he wants to complete these unfinished works after he leaves the government. 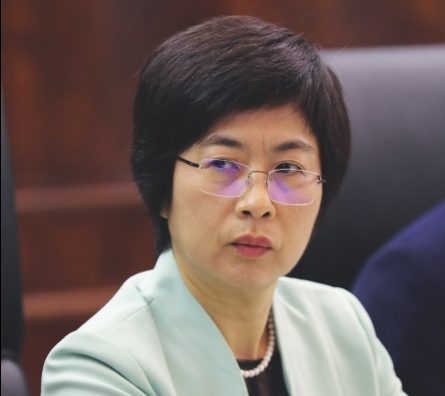 Secretary for Administration and Justice Sonia Chan also indicated that she will continue to serve Macau in another way after she steps down from her role later this month.

Officially the most senior among the policy secretaries, Secretary Chan will be succeeded by the current Commissioner Against Corruption, André Cheong Weng Chun.

In Chan’s opinion, administrative and legal reforms are the greatest challenge in the administration and justice field. She did not comment on the reforms under her leadership, stating only that reforms are a long-term process and that her team already tried its best.

The outgoing Secretary thanked Chief Executive Chui Sai On, the Central Government and the Macau SAR government for their trust in the past five years, which, according to Chan, constituted “very good” training in her life.

Like her colleague Leong, who did not disclose whether he will continue performing duties in  the public service, Sonia Chan only declared that, regardless of which position she takes in the future, she will be dedicated to her work. Anthony Lam & Julie Zhu