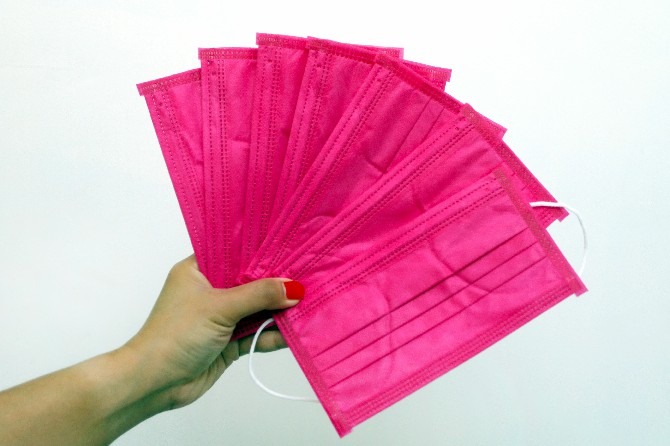 Face masks have become the most common product shipped from Macau to the rest of the world in the last two months.
According to data released by Macao Post (CTT), 65% of all parcels shipped via Express Mail Service (EMS) contained face masks, accounting for 12,357 parcels in the months of February and March.
The CTT also noted that among the most frequent destinations of these parcels were Portugal, mainland China, the U.S., the U.K., Hong Kong, Taiwan, Australia, and Canada, according to the government.
The same data also shows that the number of parcels sent in February and March soared 334% in year-on-year terms. There are two likely reasons for this: the stabilization of the face mask supply in Macau, and the return to postal operations after services were curtailed mid-February when all government services were stopped or significantly reduced for almost three weeks.
According to a South China Morning Post report, the trend seen in Macau is similar to the neighboring region of Hong Kong, with many people using postal services and parcel shipping companies to send face masks to their friends and family in other parts of the world as soaring demand and disrupted supply chains caused a worldwide scramble for supplies since the Covid-19 outbreak.
China, the world’s major mask manufacturer, has reportedly increased its production nearly 12-fold to produce 116 million masks daily since the end of February. More than 2,500 companies, including 700 technology firms, have reportedly switched to producing masks.
The race for masks has led to accusations that the U.S., one of the most reluctant countries to accept the preventive potential of the product, has begun playing hardball to secure supplies. The first sign came from U.S. mask manufacturer 3M which had apparently been ordered by the administration not to export their N95 respirators to Canada and Latin America.
The U.S. administration was also under fire from the German government who accused the U.S. of performing acts of “modern piracy,” claiming that a shipment of 200,000 masks headed for Germany was confiscated in Bangkok and diverted to the U.S. instead.
Portuguese media outlets have also widely reported cases of face mask parcels sent to Portugal by Portuguese nationals abroad, including from Macau, had been held by local customs authorities requesting payment of high taxes on such products so they could be released.
A subsequent report said that the Macau government had acted to ensure that such parcels will arrive at their destinations. However, there are many cases reported on social media of people in Macau claiming that many of their parcels destined to several European countries never arrived at the final destination and were reportedly lost or stolen.