Q&A – Álvaro Barbosa | Dean of the Faculty of Creative Industries, USJ: ‘In Macau there is a big need for audiovisual production’ 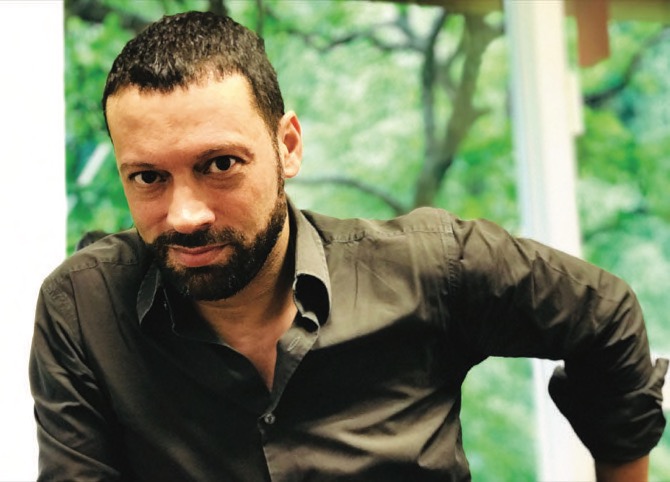 The University of Saint Joseph (USJ) will launch a bachelor in Digital Cinema starting from September 2018, to train professionals in cinema production. The focus will be on the creative process and state-of-the-art digital technology will be used.

The Bachelor of Digital Cinema is a four-year course that introduces students to the three main areas of digital cinema production: documentary, fiction and visual effects.

After completing this program, the principle career pathways for graduates will be to work in the audio-visual industry across different market segments, such as: independent film production, advertisement film production, media production departments (government, casinos, hospitality groups) and education, according to the course’s official description published on the USJ’s website.

Álvaro Barbosa, Dean of the Faculty of Creative Industries and Coordinator for the Department of Music, which is the faculty that the course belongs to, spoke to the Times regarding some other details about this new course.

Álvaro Barbosa (AB) – The area of cinema has been around for a while in academia, and the students that are going into the film and cinema program don’t necessarily intend to be film directors and filmmakers necessarily, this is like a fundamental discipline and an area that you learn. But the fact that you know how to produce audiovisual content with cinema quality is a requirement in many industries today. Many of these people end up, of course, producing their own films in the film industry. But also in marketing, in the advertising industry, in media and communication, in journalism, […] all these areas require a benchmark of quality of standard of quality for image and audiovisual production that needs to have a cinematic quality, and a visual cinema program is a program that provides the knowledge required to produce this kind of content.

MDT – Is the initiative behind the program’s launching related to the local market?

AB – In Macau, there is a big need for audiovisual production. You walk around the industry, and you look around, […] they have the video, and the quality is not always the best, but in general, Macau demands a lot of [jobs] in the audio visual industry, and it outsources a lot from the outside. On the other hand, I don’t think that the universities will need to train the students only to answer to the demands of [the market]. This is a very small place, I think we also have to think about training students that are from Macau and abroad; to answer the needs in the world and in South Asia. So on some level, this is actually an area in which there is a demand all over the world and also in Macau. In Macau there is no program like this up until now. There hasn’t been any film program that has been introduced into the university system, though, there is some traditional production of films in Macau, a number of films that have been shot in Macau, and a number of films that introduced Macau, and in this year’s [international] film festival, we have two movies from Macau. This is the area that exists and has been existing for a while, but there is never been an academia response, so we are trying to introduce this as well.

MDT – What is the criteria to select the lecturers?

AB – We are hiring some professors to work with us, but we have a very strong partnership with the School of Arts from the Catholic University of Portugal. They have the sound and image program, which has been the leading film program in the country for many years. We are teaming up with them to get a lot of professors coming from the school [in portugal] and also from abroad.

MDT – How many students are you looking for for this intake?

AB – The maximum that we are allowed to have in this program is 40. However, we do not expect to have such a big group. We want to have a relatively small group […] around 15 to 20 students. If we do have more than that, we have to split into two classes, because it must be a program of small groups. We have not opened the application yet, so we don’t know exactly how that’s going to turn out.  When we decided to launch this program, we also asked around in other programs in Macau, which are related with communication and media. Many of the students have been telling us that they chose those programs as there is no cinema program in Macau.