Analysis | HK home prices are ready to roar back 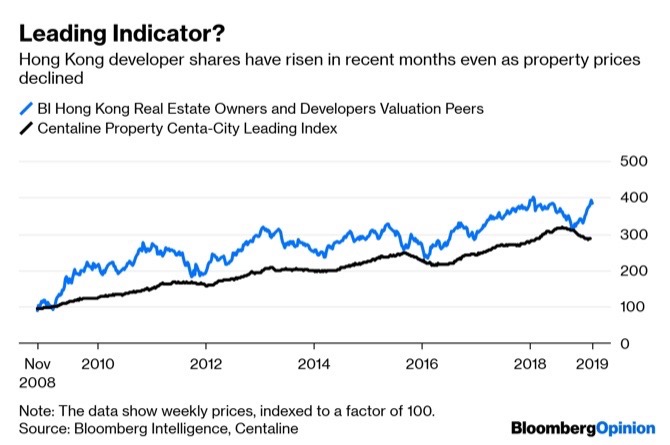 Hong Kong property is coming back. After declining about 10 percent since August, home prices have started rising again. The world’s least affordable housing market may even be prepping for another boom.

Green shoots have included increased viewings at project sales and revived interest in government land auctions, with a plot in the northern New Territories selling for a higher price than analysts expected last month. The Centa-City Leading Index of second- hand home prices is up more than 1 percent from its recent low after gaining for three consecutive weeks.

Analysts at Citigroup Inc. and CLSA Ltd. forecast prices will rebound by between 5 percent and 15 percent this year. While most still expect them to resume their descent, other positive indicators include a rally in developers’ shares, which typically lead movements in the physical real estate market.

So what’s changed? A reprieve from the U.S. Federal Reserve, broader stock-market gains and the strengthening of China’s currency. The Fed turned dovish in December, signaling less likelihood of further rate increases this year. That’s a boon for Hong Kong, which tracks changes in U.S. rates because of the city’s currency peg to the dollar. The Hang Seng Index has climbed 17 percent since the end of October.

Since rising rates increase the relative attractiveness of the U.S. dollar, the Fed’s shift to a cautious stance has also alleviated pressure on the yuan. The Chinese currency has strengthened about 4 percent from its October low. Confidence in the currency has also been bolstered by the trade talks, where the U.S. has been pushing for a commitment by China to avoid depreciation.

The improving monetary backdrop coincides with a market that’s chronically undersupplied and where there’s huge latent demand. Hong Kong sells enough land for just 20,000 apartments a year, according to CLSA, far from adequate for a city of 2.3 million households. The amount sold this year will be even smaller, enough for 18,000 apartments.

The shortage is so acute that the government will build on part of the Hong Kong Golf Club’s site and is considering developing private agricultural land. These won’t move the needle much. Meanwhile, an ambitious plan to reclaim 1,000 hectares from the sea and build a man-made island is at least a decade away.

Granted, Hong Kong home valuations remain stretched, at 18 times the median income even after recent declines. And the overbuilding of parking space-sized apartments in outer areas may weigh on prices. Any forecasts of a boom should also come with a caveat: All bets are off if the city’s economy heads south.

Against that, though, is the vast amount of cash sloshing around the city’s banking system: HKD13 trillion (USD1.7 trillion) of local-currency savings. That’s 59 times the HKD220 billion value of primary real estate transactions, according to CLSA analyst Nicole Wong.

That’s a hint of how sharply prices could snap back if demand strengthens. Nisha Gopalan, Bloomberg 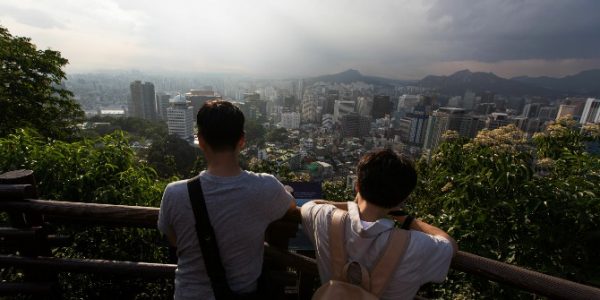