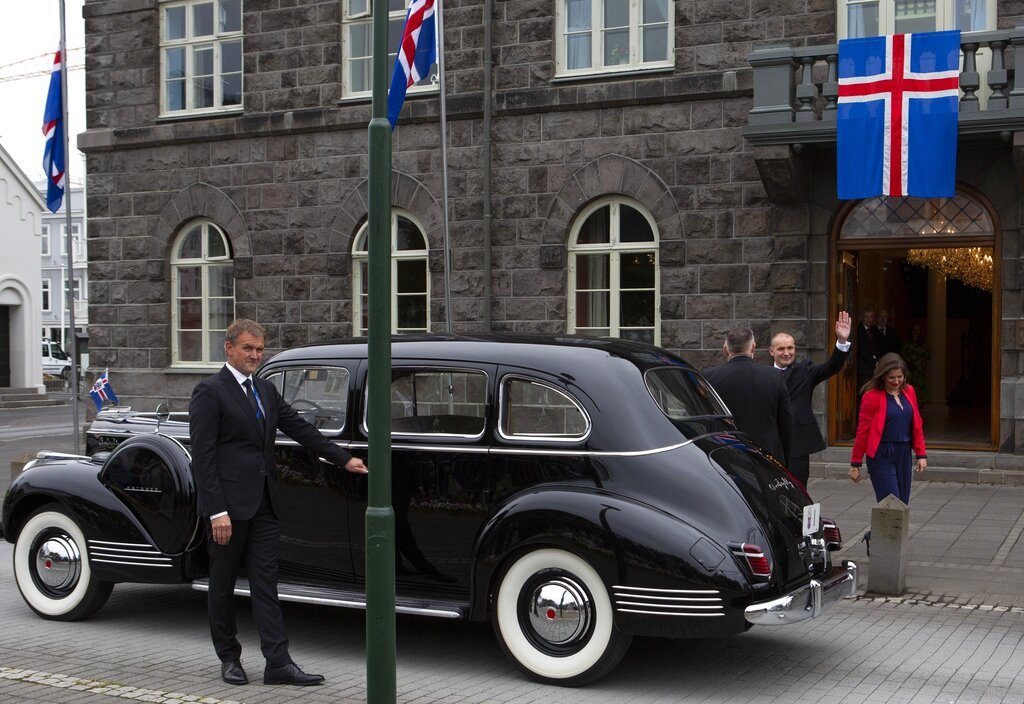 Iceland’s president Guðni Th. Jóhannesson waves as he gets into a car following his inauguration in Reykjavik, Iceland Saturday (AP Photo/Árni Torfason)