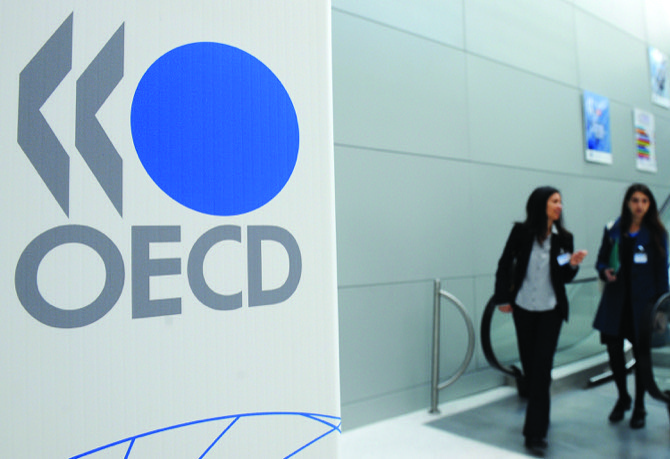 Another day, another venerable firm or institution reduces projections for economic growth. The Organization for Economic Cooperation and Development is the latest to jump on the bandwagon, citing trade tussles, China’s downdraft and Brexit.

On the face of it, the overall picture isn’t dire. The OECD clipped its world-growth forecast to 3.3 percent from 3.5 percent, not that different from the 3.5 percent the International Monetary Fund ended up with after its January revisions.

But do forecasters, in general, have the right emphasis once you get past the top line? Does the West get too much attention, relative to Asia?

The OECD says the situation in Europe is especially distressing and activity needs a boost, especially from fiscal policy. Hard to argue with the underlying idea that a jolt would be helpful. It does beg the question why the European Central Bank has waited so long to signal more easing – in words, if not in practice.

We aren’t expecting spectacular performance in Europe. Sluggishness has seemed the order of the day for a while. I haven’t heard many proclaim the continent is the future, in the same way they gush about China and Asia.

That brings us to China, which is having a rough patch relative to the decades after its economy opened up in the late 1970s. The OECD acknowledges the potential for a paradigm shift in a blog post, but doesn’t dwell much upon it.

“China has significantly contributed to global growth for the past two decades, so that any sharper deceleration than expected would cascade to the rest of the world. Countries in East Asia, commodity exporters and Japan would be particularly hard hit by a sharp slowdown in Chinese demand growth. Reduced demand in China would also affect global confidence adding significantly to these costs, particularly in the advanced economies.”

It’s hard for me to see a downturn in Europe packing the same punch, though much of the press conference by OECD Chief Economist Laurence Boone was devoted to it. Granted, the outfit is based in Paris, so the neighborhood’s ills are bound to be foremost in the minds of people showing up.

The silver lining is that China is doing something about its malaise. In words and deeds, Beijing is hitting both fiscal and monetary buttons pretty quickly. As I’ve written previously, what stands out in the global slowdown is that central banks in China and India are among the first to respond.

Europe does have attributes absent in China and swathes of the developing world. There’s democracy, rule of law and relatively transparent systems and processes. That doesn’t mean the euro zone is equipped to deal nimbly with swings in the economic cycle, which seem to come faster and faster. It’s also possible China’s downturn isn’t so dire in the overall scheme of things; it just seems bigger here in Asia.

With headaches coming from both sides, it might be up to the Fed and the U.S. to save the world. Plus ca change!Daniel Moss, Bloomberg