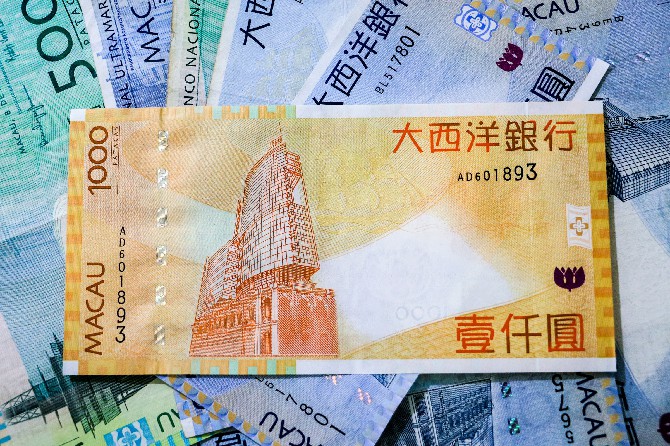 Local analysts consider the budget proposal for 2022 submitted by the government to the Legislative Assembly (AL) to be too optimistic, and likely to suffer amendment later on.
The president of the Macau Institute of Management Samuel Tong finds the budget for 2022 a little too optimistic. Tong thinks that the government should have been more cautious, especially given the forecasted gross gaming revenue (GGR).
For two consecutive days at the AL late last week, the Secretary for Economy and Finance Lei Wai Nong reaffirmed the content in the budgeted proposal paper that estimates a GGR of around 130 billion patacas for both this year and into 2022.
“The GGR forecast for the next year is of 130 billion patacas, which is basically the same as the forecast for this year. [However], we can see that this year and, especially in [the wake of] last month [October] where we got very affected by the [Covid-19] pandemic, the GGR was only around 4 billion patacas. [This] leads us to forecast a total receipt at the end of this year of just 80 billion patacas,” Tong said in an interview to TDM. He noted that this figure is significantly lower than the 130 billion patacas forecast by the government.
For the analyst, the government should take into account the real revenue from 2021 to forecast “more cautiously” the revenue that can be expected for the next year, putting forward a more accurate budget that will be closer to reality.
Also unimpressed with the 2022 budget proposal was local economist Albano Martins, who claims it lacks accuracy and thus will, “inevitably,” be subject to amendments and revisions at a later stage, as happened to the budget for 2021.
“I don’t want to sound unfair to the government, but I think this budget is a bit of a ‘copy and paste’ from last year, and the government even forgot to take out the 130 billion patacas forecast. We know they won’t have 130 million patacas [to work with] and this means that they will be forced to present supplementary budget revisions again,” Martins said to TDM radio.
The economist also agrees with Tong that the government should have been more cautious in predicting gaming revenue.
“The government should be more cautious [when preparing an annual budget] — that is, it must predict lower revenues [by default]. As it is now, the government is predicting receipts of 45.5 billion patacas [coming directly from the gaming taxes], but they will not have 45.5 billion patacas because, this year, it is very likely that casino revenues will not even reach 90 billion patacas [in total income],” Martins added.
In addition to a cautious forecasting of revenues, expenses should be forecast using higher estimates by default. This would create a less optimistic picture, but one that is more secure in terms of planning to ensure reliable economic development.
“[On the other hand] expenses should always be overestimated, but if we look at the budget proposal, there are no big expenses forecast there. If the economy sinks, the government will have to generate new injections of money for the economy and this is not foreseen. The government should assume that things are bad [now] and, [assuming an economic contraction,] put themselves in a position against the cycle, investing more to increase the confidence of other investors and entrepreneurs,” he remarked. Martins added that the budget presented could scare investors and hinder their dynamism. For him, the government must set the right pace to send the right message to the market.
Another aspect noted and discussed by many analysts after the budget was made public was the absence of budget accountability for further economic support measures. These would include a new round of electronic consumption funds, which has been one of the topics discussed by the large majority of the sectors ahead of the Policy Address for 2022.
In the proposal submitted, the budget for 2022 will again be in a deficit, with the government expecting to use another 30.3 billion patacas from the financial reserves for the general expenses — a figure that, according to economists, is likely to grow during the year through supplementary budget amendments which are not foreseen as yet.