Angola expected to grow at an average rate of 3pct 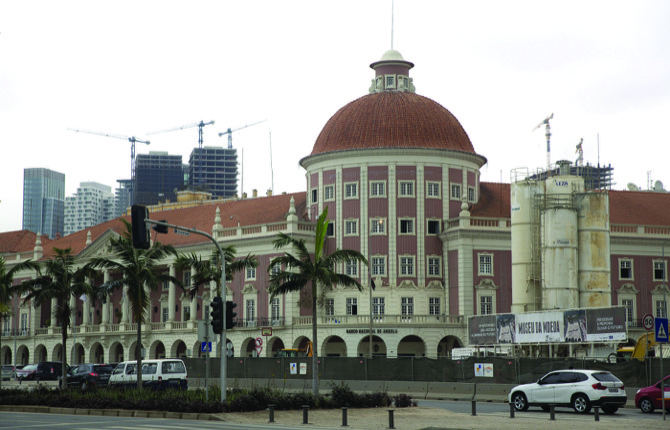 The offices of Angola’s central bank stand in Luanda

Angola’s economy is expected to record annual average growth of 3 percent in real terms, according to forecasts included in the National Development Plan (PDN) for 2018/2022, said the Minister of State for Economic and Social Development.

Minister Manuel Nunes Júnior, who presented the PDN to members of parliament this week, also said that the average annual growth of the non-oil sector will be more robust than the general one, with a rate of around 5.1 percent.

During the five-year period the oil sector is expected to experience a negative annual average growth of about 1.8 percent, which means that the non-oil sector will have to grow at a higher rate in order to offset this contraction.

“In order for these goals to be achieved, it is important that the government is focused on implementing the program to support domestic production, export promotion and import substitution, which is one of the essential points of the 2018/2022 PDN,” said the Minister of State.

The minister said that all this work would be mainly carried out by the private sector, with the State being the coordinating and regulating agent of the whole process, creating the necessary conditions for investments, especially for those of the national and international private sector, to find the environment necessary to ensure a satisfactory and adequate return on the capital they have invested.  MDT/Macauhub