Angola may be Africa’s biggest oil producer again in 2014 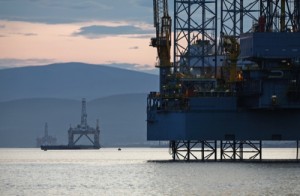 Angola, one of the two main suppliers of oil to China may in 2014 become Africa’s largest oil producer once again, with new wells coming online and production stagnating in Nigeria.
After starting the year at a low, due to technical problems on some oil rigs, Angola’s oil production is recovering, and state oil company Sonangol expects production to reach 2 million barrels a day in 2015.
A recent report by Ecobank Research said that the production increase would be driven by a new project led by French oil company Total, known as CLOV, which will add between 160,000 to 200,000 barrels to daily production.
“Angola can potentially recover its place as Africa’s main oil producer at the end of 2014,” according to the update of the “Energy, Oil and Gas” report. More than three years after the first auction of blocks in the pre-salt layer, eight offshore projects are about to be launched, including one in Block 15-06 that has daily production of 80,000 barrels and total estimated reserves of 200 million barrels.
Italian oil company ENI, which is the block’s operator, expects to launch exploration next year with production in the eastern quarter of the block, which should add another 49,000 barrels.
Nigeria is currently Africa’s top oil producer, but lost that title to Angola in 2009, due to militant attacks on some production facilities in the Niger Delta. Due to security issues in the region and more broadly in the Gulf of Guinea, Nigeria’s production has fallen consistently short of forecasts: last year, the target was 2.53 million barrels, but actual production was around just 2.1 million barrels.
According to the BMI consultancy, security, political and legislative concerns are expected to lead to the postponement of investment projects by oil multinationals in Nigeria, preventing the growth of the industry. “Without the adoption of the Oil Industry Law more offshore project delays may occur, resulting in a stagnation in Nigerian production,” said BMI.
This situation is different to the one in Angola, where the government has mandated Sonangol in recent weeks to proceed with a round of licensing for 10 onshore oil blocks in the Lower Congo and Kwanza basins.
In April, Total and its partners announced an investment of US$16 billion in the Kaombo project in Block 32, off the coast of Luanda, which is expected to start in 2017 with a production capacity of 230,000 barrels per day.
Angolan oil production increased by an average of 15 percent per year between 2002 and 2008, reaching 1.8 million barrels last year, according to the American Department of Energy.
China is the destination of much of this production, which represents almost all of the USD32 billion in goods imported from Angola in 2013, when trade between the two countries was more than twice that of 2009.
At a recent press conference to present the oil company’s 2013 results, the chief executive of Sonangol, Anabela Fonseca, said China will “continue to be a major energy consumer for some time.”  MDT/Macauhub