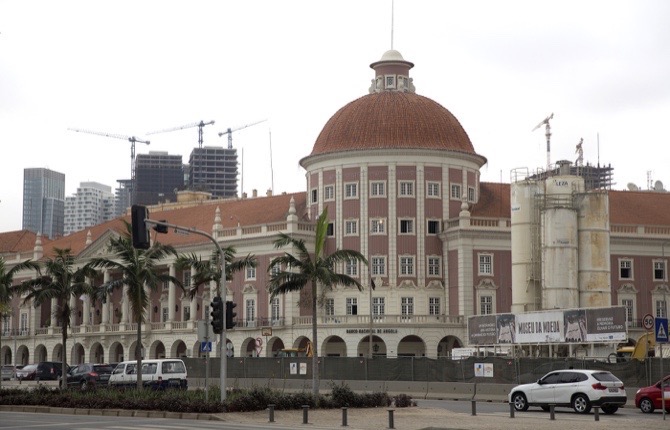 The offices of Angola’s central bank stand in Luanda

Angola’s trade representations abroad will be closed by February 28 following an order issued by the Ministry of Trade and signed by Minister Jofre Van-Dúnem Júnior.

The offices being closed are in Spain, China, Portugal, Brazil, Belgium, the United States, Macau and South Africa, and the order sets out that the people responsible must adopt “procedures leading to termination of their service under legal terms law and return to the country of the centrally appointed officials that are in office to date.”

The order cited by the Angop news agency explains the measure with the need to bring the Angolan trade representatives abroad in line with a presidential decree approving the Organic Statute of the Ministry of Foreign Affairs to operate as Commercial Attaché to the diplomatic missions and also covers local recruitment staff.

The document noted that as of February 28, “commercial offices will no longer have staff expenses, under penalty of their respective manager being held accountable.” MDT/Macauhub