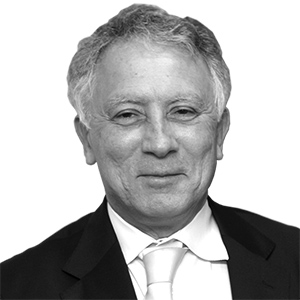 The Government has taken steps to address the current situation.
These are positive measures, but most will only start to apply when this outbreak passes.
And until then? What do we do? How are we to survive? Workers and Small to Medium Enterprises (SMEs), in particular, will be in dire straits.
In the situation in which Macau is today, with an economy highly based on gambling heavily dependent on the masses that were considered to be the best option for the development of the casino industry and for the diversification of the rest of the economy, the spread of any highly contagious virus is made much easier in this small territory with roughly 33 km of area.
Of course, this opportunity of the masses in an ideal scenario – without viruses. It is of interest to almost everyone whose livelihood depends on high demand from abroad, even to the casinos, because it is a less costly market. It does not, however, interest the city and other people who feel constrained by local amenities that have not grown or adapted to cope, especially when there is strong growth in the visiting population.
Last year we had almost 40 million visitors!
Such a huge number of visitors affects the quality of life of the population.
The city with high rent costs and lack of labor, which had been accustomed to feed and utilize so many people, sees from one day to the next a punishing drop in demand both from abroad and from its people.
It is therefore necessary for the Macau government to reconsider its measures and focus on the ones that can immediately help companies and workers.
The most difficult thing is not to know how to do it but to take the decision to intervene in this wild and overprotected market.
The real estate market, for example, is in a downturn so rent adjustments make perfect sense. For everybody.
The government itself has set an example!
The government has already realized that it is time to accept there will be costs. Closing the casinos for 15 days will cost something like MOP4.687 billion in lost government revenue due to economic inactivity and taxes on forgone casino revenue.
Note, all the other taxes added up brought something like MOP13.4 billion to the government in the whole year of 2018, equivalent to what was taxed on the casinos in just 1 month and 14 days approximately!
Macau will cope without this tax revenue!
A decision that is radical but one that must be considered.
However, with due consideration now that the coffers are full, Macau needs to be bold and efficient.
Probably, in an emergency, what will solve the problem of SMEs and workers is non-refundable support.
Many of the companies that currently have financial support from the government have not even finished paying down debt from the last typhoon.
Supporting the wages of SME workers for a certain period of time is an option. That is, this support would be assessable and controlled because these workers are registered with the DSF [Financial Services Bureau]. Increasing the interest-free loan amounts through the DSE [Economic Bureau] to two million patacas and/or guaranteeing an interest subsidy on bank loan applications for imported purchase orders with capital grace periods of one year is another example. But who is to guarantee the loans?
A further reduction of the complementary income tax (IC) and the professional tax (IP) can be done in a more efficient and less bureaucratic way than the current option.
But this is support for after the storm, not for during the storm.
All support should be guaranteed for a period longer than the end of the crisis in order to allow companies and the community to recover the losses or income forgone due to the epidemic before public intervention.

Our Desk | Not enough to be alive, you must look alive

World Views | Even food delivery is getting hit in virus siege