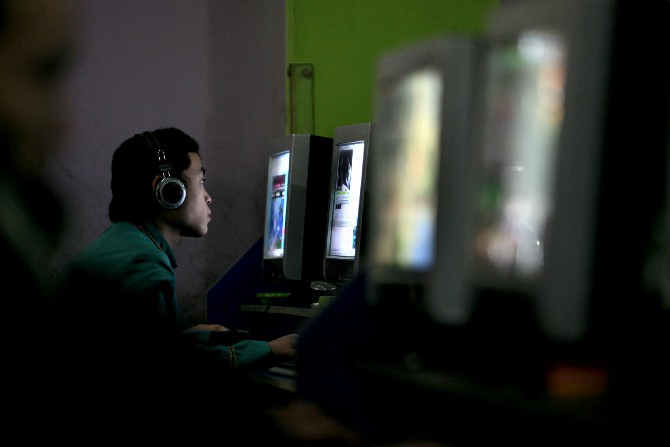 China’s most powerful companies, jolting investors and dealing a blow to the country’s richest entrepreneurs.
Beijing yesterday unveiled regulations to root out monopolistic practices in the internet industry, seeking to curtail the growing influence of corporations like Alibaba Group Holding Ltd. and Tencent Holdings Ltd. The rules, which sent both stocks tumbling and sparked a wider selloff in Chinese equities, landed about a week after new restrictions on the finance sector that triggered the shock suspension of Ant Group Co.’s $35 billion initial public offering.
While Xi’s government has been steadily tightening its grip on the world’s second-largest economy, it has until recently taken a relatively hands off approach toward businesses that dominate China’s burgeoning internet, e-commerce and digital finance industries. Authorities are concerned the companies have become too powerful, according to Ma Chen, a Beijing-based partner at Han Kun Law Offices.
“This is a watershed moment,” said Ma, who specializes in antitrust.
Alibaba, Ant and Tencent alone commanded a combined market capitalization of nearly $2 trillion before last week, easily surpassing state-owned behemoths like Bank of China Ltd. as the country’s most valuable companies. Tuesday’s selloff sent Alibaba shares down 5.1% to the lowest since Sept. 29 in Hong Kong, while analysts have estimated that Ant’s $280 billion valuation could be cut in half due to stricter regulations. Both companies were co-founded by billionaire Jack Ma, China’s most celebrated businessman.
Tencent, the gaming to payments giant whose rise turned co-founder Pony Ma into China’s richest man, sank 4.4% on Tuesday. It was the second-largest contributor to the 0.4% drop in the Hang Seng China Enterprises Index. Meituan, the food-delivery startup that has since expanded into hotel bookings and movie tickets, was the biggest drag, tumbling 10.5%. The company declined to comment while representatives from Alibaba and Tencent didn’t immediately respond to queries.
China’s antitrust watchdog is seeking feedback on a raft of regulations that establish a framework for curbing anti-competitive behavior such as colluding on sharing sensitive consumer data, alliances that squeeze out smaller rivals and subsidizing services at below cost to eliminate competitors. They may also require companies that operate a so-called Variable Interest Entity – a vehicle through which virtually every major Chinese internet company attracts foreign investment and lists overseas – to apply for specific operating approval.
The latest proposal follows heightened scrutiny of technology companies worldwide, as regulators investigate the extent to which internet giants from Facebook Inc. to Alphabet Inc.’s Google can leverage their dominance. Consumers in China – home to some of the world’s largest corporations from e-commerce giant Alibaba to WeChat-operator Tencent – have in recent years protested against the gradual erosion of their privacy via technology from facial recognition to big data analysis.
Beijing is increasingly seeking to diminish the influence that a handful of its tech corporations wield over vast swathes of the economy. It investigated Tencent’s music arm’s exclusive agreements with publishers last year and, most recently, modified regulations to rein in risk at fast-growing micro-lending entities such as Ant Group. The latter step derailed Ant’s planned IPO last week, before it was to complete what would have been the world’s largest such offering on record.
“There seems to be a broader China government sentiment that internet platforms are becoming too powerful,” said Hoi Tak Leung, a Hong Kong-based lawyer specializing in Chinese internet companies at Ashurst LLP. “This would be consistent with worldwide developments as well.”
The new rules were proposed in accordance with and build on China’s Anti-Monopoly Law, which in January included broad language governing internet companies for the first time. They restrict targeting specific customers through their online behavior, a common practice adopted by players both at home and abroad. Under the regulations unveiled by the State Administration of Market Regulation, violators may be forced to divest assets, intellectual property or technologies, open up their infrastructure and adjust their algorithms. The watchdog will seek public feedback on the regulations till Nov. 30.
Representatives from Alibaba, Tencent, TikTok-owner ByteDance Ltd. and 24 other tech giants attended a meeting with regulators from the antitrust and cyberspace authorities earlier this month to discuss issues ranging from unfair competition to counterfeiting. “Internet platforms are not outside the reach of antitrust laws, nor are they the breeding ground for unfair competition,” the regulators said in a subsequent statement.
Further measures to tighten oversight of the tech companies may be in the offing. Regulators plan to release new rules governing internet transactions by June 2021, according to a State Council statement released yesterday.
The government is now trying to update its laws for the internet era, to adapt to an industry where market dominance isn’t always easily quantifiable. In the past, China used revenue or market share to determine whether a company held a monopoly. But those precepts may not apply to internet firms, which sometimes control valuable information that haven’t yet been monetized.
JD.com, for instance, has accused bigger rival Alibaba of unfairly locking in exclusive agreements with merchants, which Alibaba has denied. Regulators have investigated the legality of Cheng Wei’s Didi Chuxing acquiring Uber Technologies Inc.’s Chinese business. And Tencent’s WeChat dominates many aspects of daily Chinese life from payments to gaming, though ByteDance, co-founded by Zhang Yiming, has in recent years begun to eat into its advertising business through video service Douyin and news platform Toutiao.
Alibaba and Tencent now dominate e-commerce and gaming, but are also key backers of leaders in adjacent businesses such as Wang Xing’s Meituan and car-hailing leader Didi. They’ve together invested billions of dollars in hundreds of up-and-coming mobile and internet companies, gaining kingmaker status in the world’s largest smartphone and internet arena by users. Companies like ByteDance and Tencent-rival NetEase Corp., controlled by William Ding, that have risen to prominence without backing from either of the pair are viewed as rare exceptions. In other areas, Robin Li’s Baidu Inc. dominates online search. Zheping Huang & Coco Liu, Bloomberg