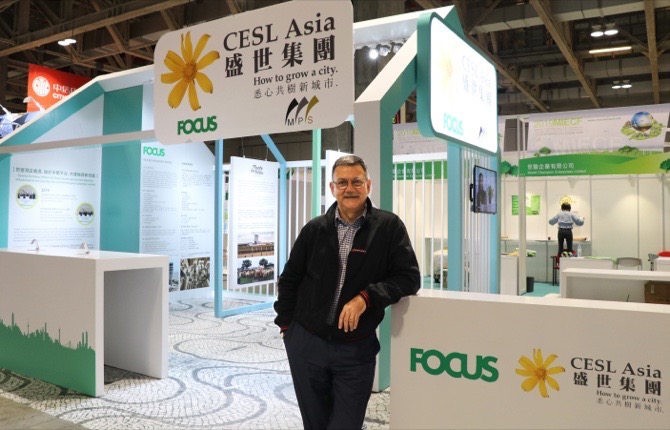 The environmental situation in Macau is “appalling” according to António Trindade, CEO of local energy and environment firm CESL Asia, and those in the government and other entities ought to be held responsible for allowing the situation to deteriorate so far and so fast.

Ahead of this year’s Macao International Environmental Cooperation Forum and Exhibition (MIECF), the Times spoke with Trindade, seeking updates on the region’s current environmental situation, as well as ideas and challenges for the future.

Above all, Trindade stressed the urgency to restore an attitude of integrity in public service toward environmental issues.

According to Trindade, a very high percentage of untreated wastewater is being dumped on the Macau coastline, causing total disruption of the entire maritime ecosystem, among other problems.

“I would say that over 80 percent of the sewage water that is produced in Macau is discharged, untreated, to coastal waters, and this means that there is no possibility of a marine economy. But the problem is way broader, because it is not just the fish that die. Then you have health problems like, for example, gastroenteritis, that increase when typhoons and flooding occur. All this pollution affects the environment and the place we live in,” he said.

“Unfortunately the situation is deteriorating  and we need to have a solution […] artificial intelligence-style. We must change everything that we do nowadays.”

“This pollution does not appear by chance; it occurs because none of the wastewater treatment plants [ETARs] work properly, and it is proven the administration knows about this for a long time and miscommunicates the real situation to the public.”

Trindade noted that, contrary to pollution resulting from plastic waste, the impact of the untreated wastewater has direct and immediate consequences, although the majority of the population is not aware of the seriousness of their exposure.

Questioned as to how the current situation could be reversed, Trindade said: “Well, only two things can happen: either a push from society [like in the plastic situation] or by the initiative of a new leadership in public office and the private contractors.”

“We are not just talking about gastroenteritis, there are many things involved. There were explosions occurring in the sewage of Macau a couple months ago [due to concentrations of methane gas] which could have much worse consequences.”

The CESL Asia CEO also said that other cases are being reported. For example, people getting intoxicated from sewage gases in their own homes is a situation that normally occurs during the night when there is less use of the sewage piping, he said. “The same happens with the tons of fish dying every week or so and the administration replies that it is due to a lack of oxygen, which is an almost grotesque [statement].”

“Common people probably do not know but the specialists know that ‘lack of oxygen’ is a technical term for extreme pollution.”

He described the situation in Macau as dramatic, adding that it was “not possible to emphasize the matter more.”

“Maybe 10 years ago we could warn – and we did – but at the moment things are at a stage which does accept such resolutions anymore” and demands action.

For Trindade, “15 [or even] 10 years ago, Macau was considered a center of excellence in terms of public environmental infrastructure. The problems have been clearly identified, but unfortunately nothing changed.”

As an example, Trindade claimed CESL Asia was replaced from the Macau ETAR project due to a dispute with the administration, “because the government never wanted to accept that the facility had half of the capacity [to treat wastewater] than what the government had announced.”

“The fact is, after four of five years there is no ETAR and we will not have it – at least [not] in the upcoming three or four years. So what we are seeing is a delay that goes almost to 10 years, which is something completely unthinkable.”

“Macau cannot be turned into a World Tourism and Leisure Center for the Greater Bay in such a poor condition.”

Meanwhile, Trindade attributed the new anti-plastic bag bill proposed by the government to community awareness, adding that the long-awaited initiative might never have been put into action without pressure from the public.

“These are things that clearly result from public pressure and the community, which is, in fact, most of the time the origin of these positive actions,” he told the Times.

“The plastic is a serious problem, not only in Macau but all over the world, and it is has received special attention in the last few years, with an attempt from worldwide communities to eliminate its use because it does have a very significant impact on the ecosystem.”

Trindade noted that the creation of the plastic material, which was considered at the time a “wonderful fiber” with a huge range of applications, had “consequences that were already predictable at that time.”

“[Public awareness] has an immediate impact, visible, and [it can be done] in a very simple way. It just needs a small group of activists to come to the public and find a way to measure the pulse of society and the performance of the government on such a matter, making it impossible for the [local] government to be indifferent to a matter that all the world is addressing.”