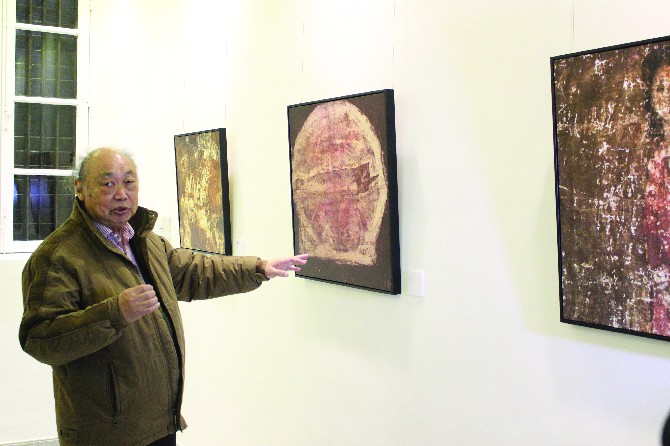 Over the weekend, the passing of artistic master Mio Pang Fei stunned the creative circle of Macau. The master, who passed away at the age of 84 on November 13, was nearly unanimously described by the circle as unprecedented.
Leaving footprints in many areas, including painting and installation arts, Mio was – and still is – widely agreed as having set a standard for arts in Macau. He was so successful that he pioneered a new style, which is called neo-orientalism.
By doing that, he called for people to exit from existing Western perspectives of the orient and start viewing the arts of the East with a pair of real oriental eyes. “He reminded people that, when viewing oriental works, they should not be doing so under the influence of stereotypes,” lawmaker Agnes Lam told the Times. Lam is not only an art enthusiast herself, but was also endorsed by several icons from Macau’s artistic circle when she ran for election in 2017.
In Lam’s opinion, perhaps Mio was not the first one to harmonize elements from both the East and the West in an artwork, but by regaining authority on the perspective of viewing Eastern art, he was unprecedented. “He was the one constructing a discourse on the progress into neo-orientalism,” Lam added.
Also mentioning the term was local artist-curator Alice Kok, who said that the master taught people to break away from Western modernism when viewing oriental arts.
Born in 1936 in Shanghai and arriving in Macau in 1982, the master graduated from the Faculty of Arts of the then Fujian Normal College, before nurturing his talents at the Macao Polytechnic Institute, the Nanjing University of the Arts and Shanghai University. The master artist has also judged works by graduate students for the University of Wolverhampton in the UK.
Considering his background, it may be more understandable why he founded neo-orientalism. As described by Kok, Macau is a perfect place for this “because the city has always been celebrating East-Meets-
West.” Meanwhile, Shanghai is also a Chinese city full filled with western influences in terms of architecture and history.
Actually, it was when Mio returned from a trip to Europe, that he inaugurated the thinking of neo-orientalism. But his influence did not stop there.
Kok identified the man as belonging among “the first generation of contemporary arts in Macau.” Sharing the same view is local artist Ka Long Wong, who remarked, “Master Mio has laid the cornerstone of contemporary arts for Macau.”
He further stressed that the master has nurtured many generations of artists for the city, where many of them have become prominent. What made Mio even more irreplaceable, according to Wong, is that the master worked in parallel with emerging western contemporary arts introduced by the then-Portuguese administration.
Another distinguishing quality of Mio’s artworks is, as Lam put it, the incorporation of Chinese calligraphy into Western paintings, or vice versa.
What made Mio so admired is not only his majestic artworks, but also how he showed love for the city and care for the people around him. Pedro Cardeira, the filmmaker who made a feature documentary on the master artist six years ago, spoke highly about Mio in a social media post mourning the master.
Cardeira recounted the moments his team and he spent with Mio on the production of the documentary. He recalled the man welcoming the crew warmly as if they were one family. Mio was also unreserved when sharing his experiences with the crew.
Local band singer and artist Fortes Pakeong Sequeira also praised the master artist for remembering him after seeing him just once. “He had all the qualifications to act with arrogance but no, he didn’t,” Pakeong recalled. “I remember when I first met him, I was introduced to him by his daughter. Next time I saw him, he remembered and called my name.”
It may be extremely difficult to accept that the artistic master’s octogenarian life has concluded. As former head of the Cultural Affairs Bureau and artist Ung Vai Meng put it in Cardeira’s documentary on Mio, “[Mio] is like a bomb that exploded in the water and generated ripples that lingered so powerfully.” Or, as expressed by a line that Kok used to describe the master’s passing: “His demise is the end of an era.”