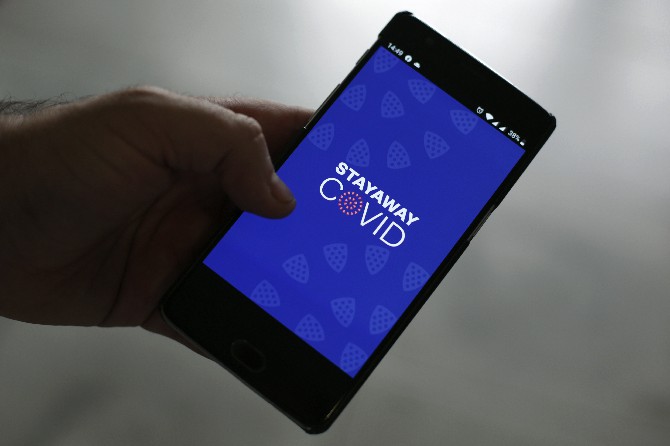 Mobile apps tracing new COVID-19 cases were touted as a key part of Europe’s plan to beat the coronavirus outbreak. Seven months into the pandemic, virus cases are surging again and the apps have not been widely adopted due to privacy concerns, technical problems and lack of interest from the public.
Britain, Portugal, and Finland this month became the latest to unveil smartphone apps that alert people if they’ve been near someone who turned out to be infected so they can seek treatment or isolate – a key step in breaking the chain of contagion.
But a few countries have scrapped their tracing apps and others that have rolled them out have found so few users that the technology is not very effective. The adoption rate goes from about a third of the population in Finland and Ireland, to 22% in Germany and a meager 4% in France.
Health officials initially targeted a 60% adoption rate, an optimistic goal based on an Oxford University study from April although researchers noted a lower uptake still helps if other measures, such as social distancing, are enforced.
Kevin Kelly, an accountant in Limerick, Ireland, says his country’s app is easy to use and helps gauge local infection trends by showing how many cases each county has. He mainly uses the check-in feature to report his symptoms daily, but worries that only a fraction of the other 1.3 million users do, too.
“Everyone downloaded it but I’m not sure who is regularly using it,” said Kelly, 43.
Places that have had the most success in getting people to voluntarily use virus-tracing apps tend to be smaller countries in Northern Europe where trust in the government tends to be higher and where people are comfortable with new technologies.
Finland’s app quickly became one of Europe’s most popular when it launched at the start of September, racking up about 1 million downloads in the first 24 hours. Downloads have kept rising roughly a third of the country’s 5.5 million people now have it.
“I’ve gotten several calls from people in their eighties calling to know how the application works,” said Aleksei Yrttiaho, a spokesman for the Finnish Institute for Health and Welfare.
Public trust in the government helps allay concerns about privacy and government surveillance first raised when some countries launched tracing apps months earlier.
Finnish users said they felt it was a civic responsibility to install it.
“It’s our duty to take of care of the health of our fellow citizens and those close to us,” said William Oesch, 44, a photographer in Helsinki.
Most European tracing apps are built on a Google-Apple smartphone interface that uses Bluetooth technology to anonymously log the proximity of any other smartphones with the app installed.
France’s app, which uses a centralized data storage system criticized by privacy activists, has an adoption rate of just 4% months after its launch. Norwegian officials were forced to halt their app because of privacy concerns over its use of phone location data. Israel’s app uses both Bluetooth and phone location data and says that uptake has not been as strong as hoped. MDT/AP