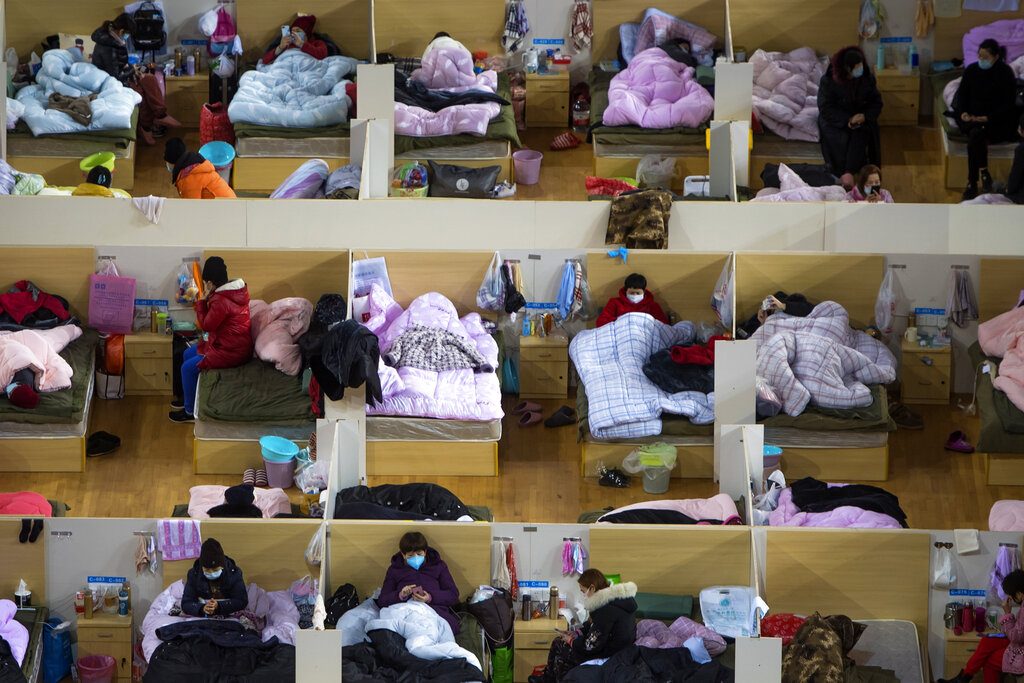 Internal documents obtained by the AP show that because warnings were muffled inside China, it took a confirmed case in Thailand to jolt Beijing into recognizing the possible pandemic before them

Beijing — In the six days after top Chinese officials secretly determined they likely were facing a pandemic from a new coronavirus, the city of Wuhan at the epicenter of the disease hosted a mass banquet for tens of thousands of people; millions began traveling through for Lunar New Year celebrations.

President Xi Jinping warned the public on the seventh day, Jan. 20. But by then, more than 3,000 people had been infected during almost a week of public silence, according to internal documents obtained by The Associated Press and estimates based on retrospective infection data.

The delay from Jan. 14 to Jan. 20 was neither the first mistake made by Chinese officials at all levels in confronting the outbreak, nor the longest lag, as governments around the world have dragged their feet for weeks and even months in addressing the virus.

But the delay by the first country to face the new coronavirus came at a critical time — the beginning of the outbreak. China’s attempt to walk a line between alerting the public and avoiding panic set the stage for a pandemic that has infected almost 2 million people and taken more than 126,000 lives.

“This is tremendous,” said Zuo-Feng Zhang, an epidemiologist at the University of California, Los Angeles. “If they took action six days earlier, there would have been much fewer patients and medical facilities would have been sufficient.”

— JAPAN About 850,000 people could be seriously sickened by the coronavirus in Japan and almost half of them could die if no social distancing or other measures are followed, according to a government-commissioned estimate released Wednesday.

Japan has the world’s oldest population, and the virus can be especially dangerous for the elderly. And there are concerns that Japan’s government has done too little to stave off high numbers of badly ill patients.

Japan’s current state of emergency is voluntary and doesn’t compensate workers for lost earnings. Japanese companies also have been slow to introduce remote work, and people have continued to use public transit to commute to large offices in the densely populated capital region.

— SOUTH KOREA VOTES: Voters wore masks and moved slowly between lines of tape at polling stations after the government resisted calls to postpone South Korea’s parliamentary elections, seen as a midterm referendum on President Moon Jae-in. Long lines and record-high participation in early voting seemed to defy expectations of low voter turnout in the middle of a social-distancing campaign to slow infections.

— VACCINE STUDY ADVANCES: Chinese scientists have started the second phase of a clinical trial of a coronavirus vaccine in the hardest-hit city of Wuhan in central China’s Hubei province. China Central Television reported 273 out of 500 volunteers have been injected with the vaccine candidate. The first phase of the vaccine clinical trial focused on its safety, while the second phase is studying its efficacy. China reported 46 new virus cases on Wednesday, 36 of them from overseas.

— 3 ASEAN COUNTRIES TOP 5,000 CASES: Three Southeast Asian countries have surpassed 5,000 cases of the coronavirus. The Philippines on Wednesday reported 5,453 confirmed cases, the most in Southeast Asia. Indonesia recorded 5,136 cases and Malaysia 5,072. Indonesia had the most deaths with 469, the highest in Asia after China, followed by the Philippines with 349 deaths and Malaysia with 83. China says it has recorded 3,342 deaths among 82,295 cases.

— US: CHINA NOT BLOCKING MEDICAL SUPPLIES: The U.S. ambassador to China says he doesn’t believe Beijing is deliberately blocking exports of masks and other medical supplies to fight the coronavirus, and that the shipment of 1,200 tons of such products to the U.S. could not have been possible without Chinese support. Ambassador Terry Branstad also says the U.S. has concerns about how China initially handled the virus outbreak in the central city of Wuhan, but that such issues should be addressed after the pandemic has been brought under control. Chinese officials are believed to have delayed reporting the outbreak for several crucial days in January due to political concerns, allowing the virus to spread. China has adamantly denied doing so.

— NEW ZEALAND PAY CUTS: Top New Zealand officials are taking a 20% pay cut for six months in acknowledgment of people’s sacrifices in dealing with the coronavirus. Prime Minister Jacinda Ardern says it applies to government ministers, chief executives of government organizations, and that opposition leader Simon Bridges had volunteered to join as well. She said it wouldn’t apply to any front-line staff such as doctors and nurses.

— MANDATORY MASKS: Singapore has made masks mandatory following a sharp spike in new cases. Most people not wearing masks can be fined $212, while repeated offenders could face stiffer penalties. Infections in the tiny city-state have surged beyond 3,200 after two straight days of sharp increases. Many were among foreign workers living in crowded dormitories.

— VIRUS TRACKING APP: Australia’s prime minister expects a tracking app under development in the country will massively boost health authorities’ ability to trace coronavirus contacts if the government can overcome privacy concerns. Prime Minister Scott Morrison told Perth Radio 6PR on Wednesday his government is carefully working through privacy issues because at least 40% of Australians will need to download the app on their smart phones if it is to effective. The Australian app is based on Singapore’s contact tracing app, TraceTogether.

— FLIGHT BAN EXTENDED: Thailand has extended through April 30 a ban on international passenger flights to help control the coronavirus. The ban was initially ordered April 4 after chaos broke out at Bangkok’s international airport when more than 100 returning Thais reportedly refused to go directly to state-run quarantine centers. The original three-day ban has already been extended once. Strict regulations requiring prior certification by foreigners that they are virus free have effectively banned the entry of most foreign visitors. Thailand has a huge tourism industry and last year welcomed about 40 million visitors.

— HONG KONG ARRIVALS PLUNGE: Arrivals in Hong Kong plunged to a new low of 82,000 in March, a 99% drop from the same time last year as the city banned the entry of foreigners to curb the spread of the virus. The indefinite ban on incoming travelers was imposed March 25.

— SNEAKING OUT OF QUARANTINE: A man who repeatedly left a hotel to visit his girlfriend has become the first person in Australia to be jailed for breaching a coronavirus quarantine order. Jonathan David was sentenced to six months and two weeks in prison but will likely only spend one month behind bars. He was also fined $1,280. David returned home to Perth from the Australian east coast on March 28 and was directed to spend the next two weeks in quarantine in a hotel, a standard requirement for interstate travelers. But he repeatedly left and used public transport to visit his girlfriend.