Asian soccer player of the year banned for five months 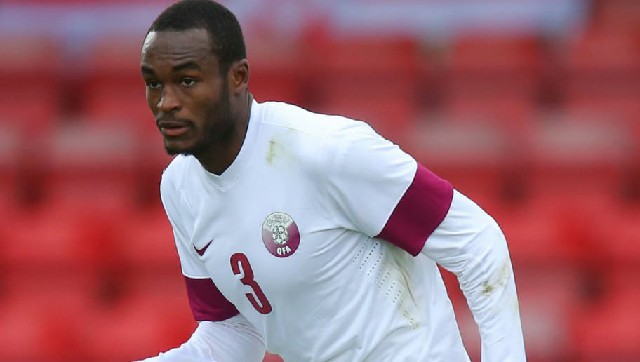 Asia’s reigning player of the year has been banned for five months for confronting a referee in the Asian Champions League semifinals.
The Asian Football Confederation banned Abdelkarim Hassan, the left back of Qatari champion Al Sadd, from all its club competitions until March 20.
FIFA says Hassan will be able to play at the Club World Cup in Qatar in December, which will include Al Sadd. He can also play in domestic games.
Hassan reacted aggressively after being shown a yellow card for a foul in the first half of Al Sadd’s 4-1 first-leg loss to Saudi club Al Hilal in Doha on Oct. 1.
The AFC says the defender “was expelled by the referee for an act of violent conduct against a match official.”
The five-month ban removes Hassan from this year’s Asian Champions League and three group games in the 2020 edition. Al Sadd already qualified as Qatar league champion, which also earned a Club World Cup place as the host nation’s domestic title winner.
Hassan won the AFC’s 2018 award as the best player based in Asia. He helped Qatar win the 2019 Asian Cup in February and played in the 2019 Copa America in Brazil. AP