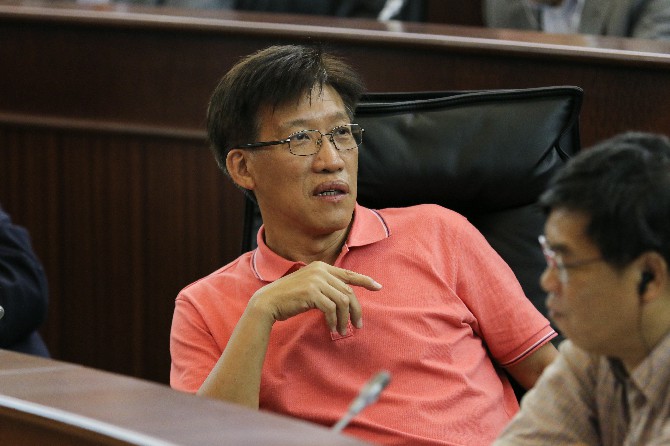 Lawmaker Au Kam San made use of a quote from the former Chinese Communist Party Chairman and founder Mao Zedong to express dissatisfaction with the current governance style that, according to Au, is disrespecting the Macau Basic Law.
“Be written on paper does not mean to be a reality,” said Au, citing Mao, during a spoken inquiry presented in the period before the agenda of yesterday’s plenary session at the Legislative Assembly (AL).
“People in Macau should feel this [the difference between what is the rule and what is the practice] heavily,” Au added, explaining that although the Basic Law notes the progressive development of the political system in Macau, Au thinks that in reality, what has been happening is a regression.
“The elections of the municipal assemblies are over, and in the AL elections, although they still exist, only 14 seats are directly elected by the residents of Macau, one vote per person, less than half of the 33. It can only be said that this type of right to elect and to be elected is somewhat paralyzed. In choosing the Chief Executive, a decisive moment for Macau, the residents’ right to vote and to be elected has been completely removed,” the lawmaker said, noting that other rights such as the freedom of expression, press freedom, freedom of association, reunion, protest and demonstration as well as the freedom to organize and participate in trade union associations and strikes, which are also enshrined in the Basic Law, are being jeopardized.
Addressing particularly the situation of press freedom and mentioning the recent case of the Teledifusāo de Macau, Au added, “The most serious thing is that government cannot keep up with the opinions and expectations of the population through the press. Its governance is like a blind man riding a blind horse, without realizing that he is close to falling into deep water at midnight.”
For Au, the media is the fourth power, possessing the duties of inspecting the actions of the government, as well as providing the government with feedback from the society on citizens’ hopes and ambitions.