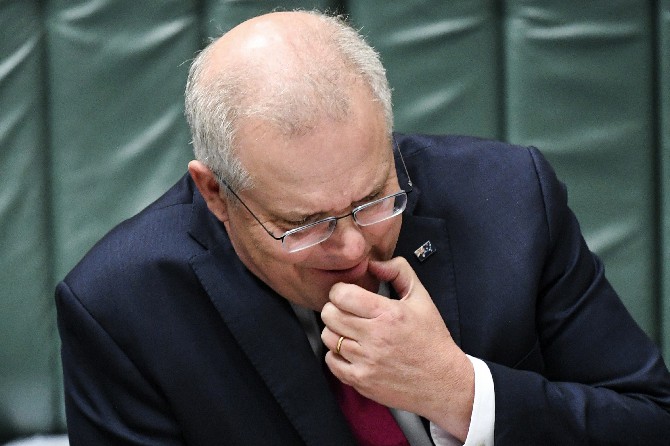 The Australian government introduced legislation yesterday that would phase out exports of waste plastic, paper, glass and tires beginning January next year.
The legislation introduced to Parliament aims to end the export of 645,000 metric tons (711,000 U.S. tons) of unprocessed trash that Australia ships overseas each year, usually to Asian ports. Waste glass exports would be banned from Jan. 1, Prime Minister Scott Morrison said.
“It’s our waste. It’s our responsibility,” Morrison said.
“We’ve got to deal with it and recycle it and repurpose it and reuse it here to both drive jobs in the recycling sector and also to improve the quality of our environment,” he added.
Morrison said waste plastic was a key issue that he had raised with Australia’s South Pacific neighbors and with the East Asian Summit and the Association of Southeast Asian Nations.
“Waste plastic in oceans is destroying communities, it’s destroying their livelihoods, it’s destroying their health,” Morrison said.
Waste disposal has become an increasingly pressing problem around the world since 2017 when China, previously its main destination, barred imports of almost all foreign waste.
The Australian legislation would establish a national industry framework for recycling and create a 190 million Australian dollar ($138 million) recycling modernization fund.
The government also plans to create 10,000 new jobs in the waste and recycling sector, a 32% increase on current staffing levels.
More incentives would be offered to companies to take greater environmental responsibility for the products they make and for what happens with those products and packaging at the end of their lives.
“This is about tackling a national environmental issue that has been buried in landfill or shipped offshore for far too long,” Environment Minister Sussan Ley said in a statement.
The legislation was welcomed by the Australian Council of Recycling and the Australian Food and Grocery Council. AP