Australian MP says he and colleague barred entry to China 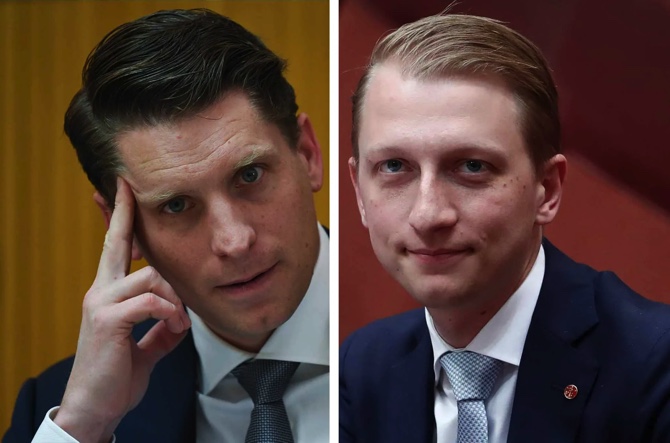 An outspoken Australian parliamentarian said that he and a colleague have been barred entry to China for a study trip, a development he said was concerning.

Sen. James Paterson said he and Rep. Andrew Hastie were due to take part in a study tour next month in Beijing organized by China Matters, an Australia-based think-tank. He said the Chinese Embassy in Canberra informed China Matters last week that the pair would not be allowed to enter the country.

Paterson has spoken out about human rights abuses against minority Muslim Uighurs in China’s Xinjiang region and the ongoing protests in Hong Kong, while Hastie in August was rebuked by Beijing after comparing the West’s handling of China’s rise to the failure to contain Nazi Germany.

“It’s hard to conclude anything other than our criticisms of the Chinese Communist Party has resulted in us not being welcome,” Paterson told The Associated Press.

“It’s concerning China feels that people who have been publicly critical of the Chinese Communist Party are not welcome to visit and learn from China,” he added.

The Chinese Embassy in Australia issued a statement saying “the Chinese people do not welcome those who make unwarranted attacks, want only (to) exert pressure on China, challenge China’s sovereignty, disrespect China’s dignity and undermine mutual trust between China and Australia”.

“As long as the people concerned genuinely repent and redress their mistakes, view China with objectivity and reason, respect China’s system and mode of development chosen by the Chinese people, the door of dialogue and exchanges will always remain open,” the embassy spokesperson said.

Resource-rich Australia relies on China for one-third of its export earnings, but relations have been frosty with accusations of the Chinese Communist Party meddling in Australia’s democratic system.

Paterson, a member of the conservative Liberal Party representing Victoria, denied the “complex” relationship with China had hit a nadir.

“I really value Australia’s relationship with China. There are very positive aspects but there are difficult aspects too because we do have different value systems,” he said.

Hastie is a member of the Liberal Party, which leads the governing coalition. He believed the incident was not reflective of the Australian government.

“We’re both backbenchers so the things we say aren’t necessarily the views of the government and that’s clear,” he said.

Paterson said it was unlikely the study tour could be rescheduled.

“It is disappointing because it would have been an opportunity for good-faith dialogue,” he said. “I won’t be discouraged or deterred from speaking out on these issues.” AP