Aviation | AirAsia would use Macau base as foothold further into China 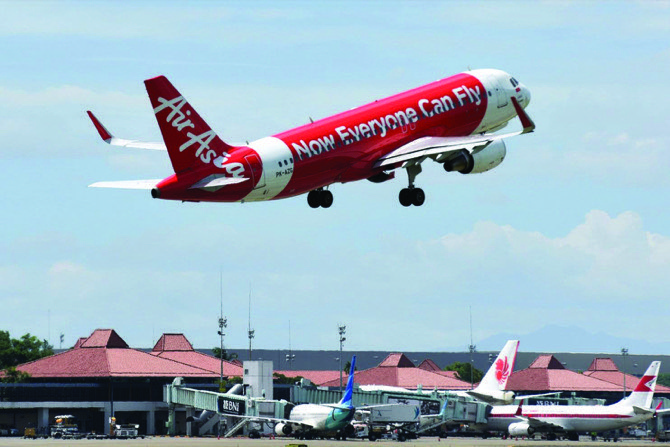 Asia’s largest low-cost air carrier is considering establishing an operations base in Macau, aiming to expand their services into mainland China. The move was signaled by company founder and CEO Tony Fernandes, speaking to the South China Morning Post on the sidelines of Credit Suisse’s Asia Investment Conference in Hong Kong.

According to Fernandes, this possibility is being seriously evaluated now that it has been announced that the exclusive rights to airport slots, enforced in favor of local flag carrier Air Macau since 1995, will not be renewed from November 2020, putting an end to the 25-year concession.
“Entering China could be via Macau,” Fernandes said, adding, “We do not have to be in mainland China, but being in Macau is like being in China.”

Fernandes noted that if such an opportunity arises, AirAsia is ready to grab it, using its Macau base to serve mainly Chinese costumers.

AirAsia already flies to four destinations in the Greater Bay Area – Macau, Hong Kong, Shenzhen and Guangzhou – and would see its local base as a engine to expand operations not only within the Greater Bay but across all of China. This is a long- held ambition of the company after its attempt in 1993 to establish a partnership with the provincial government of Henan. That attempt  failed, being viewed more as a marketing stunt than a real operation.

“It did not feel right at that time and we are not an airline that just goes in there for the sake of just saying ‘We are in China’,” said Fernandes. “What we were working towards would not make a jot of difference to the Chinese aviation space and we decided to withdraw for the moment until a better opportunity comes.”

And Macau might well be that opportunity as, according to a forecast by the online rental platform Cozystay, Chinese travelers are expected to make some 400 million trips by 2030, more than double the number made in 2017.

Although the Malaysia-based airline seems to be in a good position to tap into the market, as the carrier is already the second- largest user of Macau’s International Airport with a 15 percent share of the airport slots, AirAsia is not the only company interested in using the local airport as a base.

In late January this year, Asian Business Aviation Association chairperson Jenny Lau suggested there were several competitors interested in the Macau opportunity. “Several players like Air Asia or Cebu Pacific may consider expanding their services from Macau, or new players like HK Express,” she said, adding that among the new players names such as Shun Tak Holdings’ as well as companies related to business aviation could come into play.

Still, Fernandes expressed that he is willing to fight for AirAsia’s shot, saying, “Macau is very close to my heart. They believed in us when we were nothing.”

The carrier, which came out on top in last year’s World’s Best Low-Cost Airline, an award attributed by World Airline Awards, already flies to a total of 21 destinations in mainland China (including charter and seasonal routes), such as Beijing, Changsha, Chengdu, Chongqing, Guangzhou, Guilin, Haikou, Hangzhou, Kunming, Meixian, Nanchang, Nanjing, Nanning, Ningbo, Sanya, Shangha, Shantou, Shenzhen, Wuhan, Xi’an and Yichang. From May this year, it will begin flying to another two locations, Lanzhou and Tianjin, in what Fernandes said is proof that Chinese aviation “is an open market.”

The low-cost airline, which also operates budget hotels, is also said to be preparing to include other transportation options in their travel packages, such as buses on the Hong Kong- Zhuhai-Macau Bridge, ferries and high-speed trains, under a plan that aims to give their passengers more flexibility and added connectivity among the several airports in the Pearl River Delta.