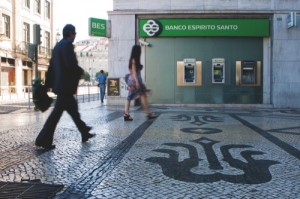 Portugal’s Banco Espirito Santos (BES) runs the risk of losing control of BES Angola as the Angolan banking regulator has forced the bank to “substantially increase” its capital and the Portuguese bank may not be able to keep up with the operation, according to a report on the Portuguese bank’s half-year accounts.
“If BES decides not to accompany the increase, either entirely or partly, it may no longer have a controlling stake and/or it will be diluted to a stake that will mean it no longer completely consolidated BES Angola,” said BES, which is now headed by Vítor Bento.
BES gave assurances that “it is in contact with the Angolan and Portuguese regulatory authorities in order to find a solution that is appropriate for the interests of the Angolan authorities and which safeguards BES and its shareholders.”
Losses for BES Angola in the first half of 2014 totaled 355.7 million euros and, based on the 55.7 percent stake owned by BES, the loss attributable to the Portuguese bank was 98.2 million euros. MDT/Macauhub