Bank of China Ltd. is hiring traders and sales people in Hong Kong as it sets up a high-yield bond-trading platform to boost market share and cement its position as one of Asia’s top 10 debt underwriters.
Surging sales of Chinese corporate dollar debt and Dim Sum bonds, or yuan securities issued outside the mainland, justify the additional headcount, said Tony Wang, deputy general manager for global markets at Bank of China (Hong Kong) Ltd. China’s fourth-largest lender is seeking to grow as companies step up offshore fundraising to finance overseas acquisitions, he said, declining to say how many people the bank intends to recruit.
“We are expanding not only in the debt-capital markets business, but also in syndicate, sales and trading,” Wang said in a July 10 interview in Hong Kong. “We are starting high- yield bond trading on a limited, controllable risk basis. That’s mainly to make markets for the bonds we underwrite. We are looking to hire more sales people and traders this year.”
Excluding Japan, companies from China accounted for more than half of the USD106.4 billion-equivalent of notes denominated in dollars, euro or yen that were sold by Asia issuers in the first half of 2014, data compiled by Bloomberg shows. In the high-yield dollar debt market, they were behind almost 54 percent of offerings, according to a Bank of America Merrill Lynch index. Dim Sum bond sales will jump 53 percent to an unprecedented 570 billion yuan ($92 billion) this year, according to HSBC Holdings Plc.
Chinese companies have announced $135 billion of acquisitions since the start of 2014, up 33 percent from a year earlier, according to data compiled by Bloomberg. China Petrochemical Corp. raised $6 billion in this year’s largest dollar bond sale in Asia with Bank of China among the arrangers. In the past three months, the refiner has agreed to buy assets in countries including Canada, Angola and Kazakhstan.
Bank of China won a yuan-clearing mandate in Hong Kong in 2003, the world’s first. In 2007, it helped arrange the first Dim Sum bond sale by China Development Bank Co. and in April this year it led China Unicom Hong Kong Ltd.’s 4 billion-yuan issuance.
It is also riding on the government’s efforts to promote usage of the yuan, which the Society for Worldwide Interbank Financial Telecommunications ranked seventh for global payments in May. The currency has risen 0.9 percent from the end of April to 6.2047 per dollar as of 4:46 p.m. in Shanghai today, paring this year’s loss to 2.4 percent.
“As the yuan internationalizes, more Chinese companies are expanding overseas and Hong Kong is their first choice,” Wang said. “As a Chinese bank with international experience, we’re able to understand their needs and global dynamics.”
Bank of China was the leading Dim Sum bond underwriter until 2010 with a market share as high as 44 percent. This year, it was ranked sixth in a group led by HSBC and Standard Chartered Plc. It was 10th in underwriting global bond sales by Asian issuers outside of Japan, with a 3.7 percent share in the first half, according to data compiled by Bloomberg. The leading three – HSBC, Citigroup Inc. and JPMorgan Chase & Co. – accounted for 32 percent.
Industrial & Commercial Bank of China Ltd., the nation’s largest lender by market value, placed second among Chinese underwriters, with a 1.6 percent share of global bond sales by Asian issuers outside of Japan in the first half. Chinese banks and brokerages combined accounted for about 10 percent.
Shares of Bank of China rose 0.3 percent to close at HK$3.53 in Hong Kong, while Bank of China Ltd. (Hong Kong) gained 0.4 percent to HK$23.65. That compared with a 0.3 percent advance in the benchmark Hang Seng Index.
Bank of China had 305,675 employees worldwide at the end of 2013, it said in its annual report. Of these, 22,671 were based outside of mainland China in Hong Kong, Macau, Taiwan and other countries, it said, without providing further details on the breakdown. The lender has 11,483 branches, subsidiaries and outlets globally, according to the report.
The bank may take advantage of recent cuts at global investment banks when looking for new hires, Wang said. Barclays Plc said in May it will cut 7,000 jobs at its investment bank, while ABN Amro Group NV, the Dutch state-owned lender, said in June it would shed about 100 jobs as it exits equities derivatives and shuts its Asian markets business.
“We are hiring people every day but we are also selective,” Wang said. “We want people who can bring in market experience and, at the same time, can better understand China, its legal system and culture, especially the Chinese banking culture. It’s not an easy job.” Bloomberg 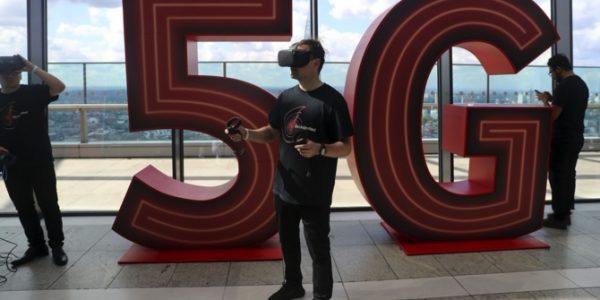