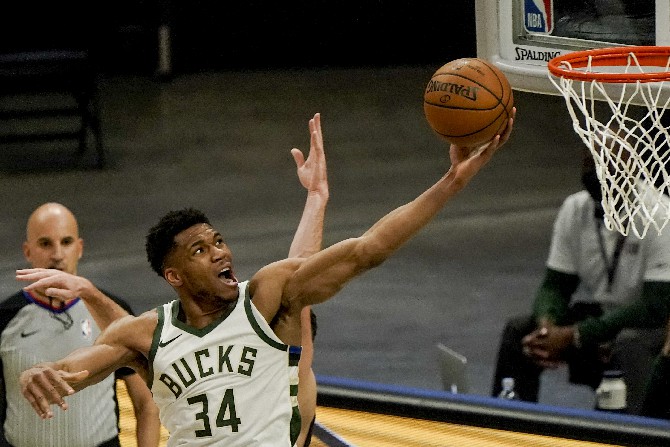 With the NBA playoffs starting Saturday, national team coaches are watching and waiting to get star players back for last-minute qualification games to the Tokyo Olympics.
The 11,000-athlete lineup for the Olympics will not be complete until four men’s basketball qualifying tournaments — in Canada, Croatia, Lithuania and Serbia, each with one ticket to Tokyo — are played from June 29-July 4.
So if the Milwaukee Bucks are eliminated before the Eastern Conference Finals, then Giannis Antetokounmpo could play in Victoria, Canada, for the Greece national team coached by Rick Pitino.
Nikola Jokić can join his Serbia teammates at home in Belgrade if the Denver Nuggets don’t go all the way, and Slovenia will want to get Luka Dončić to Kaunas in Lithuania, if the Dallas Mavericks are eliminated.
The extra days allowed beyond the official June 29 qualifying deadline for other Tokyo Olympics sports were key for basketball’s world governing body.
“We are the very last (to finish),” International Basketball Federation (FIBA) secretary general Andreas Zagklis told The Associated Press in a recent interview. “We are thankful to the IOC and Tokyo for the collaboration.”
“This additional week was material for us, both for the FIBA leagues to finish […] as well as in order to have the maximum number of NBA players.”
The NBA Finals were also scheduled to give players time to travel to Tokyo where the Olympics open July 23.
Each of the four men’s qualifying hubs will have six nations playing for a place in the 12-team men’s tournament in Tokyo. The United States already qualified through the 2019 World Cup.
With no space for make-up dates, any COVID-19 cases or mandatory quarantine for players will hit teams hard.
However, FIBA has a proven record for operating effective health protocols.
Zagklis cited 80 biosecure hubs managed for FIBA competitions in November and February, involving 70 nations traveling and playing, without a serious virus outbreak after 20,000 PCR tests.
“There is a very high level of operational capacity that we have as a global organization,” Zagklis said. “The four (local organizers) know very well how to implement this protocol. I expect really high health standards and a high number of vaccinated players.”
There are more Olympic qualifiers still to play though the 12 women’s tournament teams were set last year.
Starting Wednesday in Graz, Austria, 20 men’s and 20 women’s teams in the 3-on-3 street version of basketball — including the U.S. in both competitions — will compete for three tickets each to the inaugural Olympic tournaments.
The eight-team Tokyo lineups in 3-on-3 will be completed when a qualifier for lower-ranked nations is played June 4-6 in Hungary.
Some of the women’s teams had a warmup tournament this month at FIBA headquarters near Geneva, which is named for Zagklis’ predecessor Patrick Baumann.
Baumann, who steered 3-on-3 onto the Tokyo program, died aged 51 at the 2018 Buenos Aires Youth Olympics. He was enshrined on May 15 into the Naismith Memorial Basketball Hall of Fame. Graham Dunbar, Mies, MDT/AP 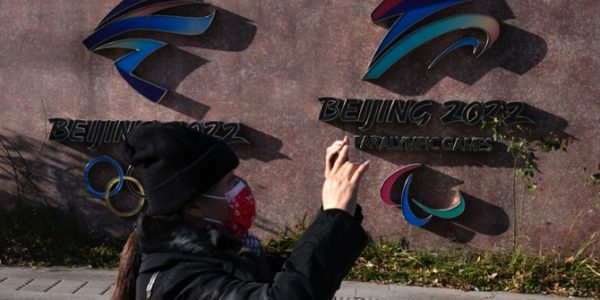