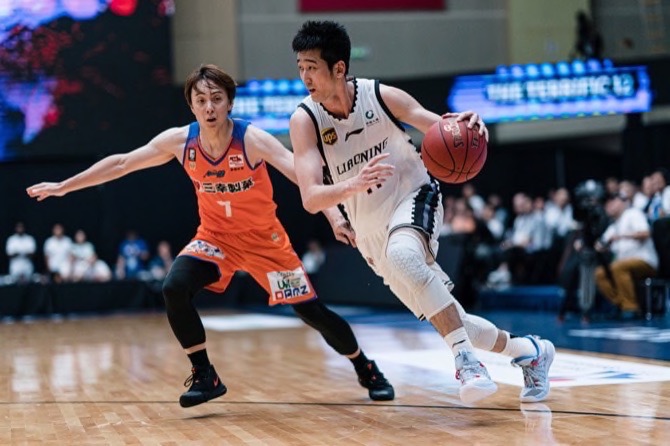 The Terrific 12 defending champions Ryukyu Golden Kings have fallen this year in the group stage of the tournament after two defeats at the hands of the Shenzhen Aviators and the San Miguel Beermen.

On Wednesday, the Japanese team was defeated by the Shenzhen team in the last game of the day, with the Chinese team scoring an impressive 115-77 victory.

Yesterday, the Golden Kings played a tight game until the last quarter when the Beermen pulled away for a 101-92 win.

With a clean sheet of two victories in two games, the Beermen, one of the favorites at the start, demonstrate their prowess by moving upstage into the semi-finals, to be played tomorrow.

In the spotlight was imported player Dezmine Wells, who scored 42 out the 101 points of the Beermen in the attack as well as owned great defensive plays and monster blocks that took the audience of 1,500 at the Tap Seac Multisport Pavillion out of their seats.

At the semis, and waiting for the Beermen was already the Chinese team of Liaoning Flying Leopards, who earned two straight wins in Group D against the Filipinos of TNT KaTropa (91-96) on Tuesday and 110-82 over the Japanese of Niigata Albirex Basketball on Wednesday. Their player of note was the American Lance Stephenson, who has scored 59 points for the Chinese team so far.

Also through to the semis are the Koreans of Seoul SK Knights that triumphed over the Filipinos of Blackwater Elite (93-77) and the Japanese of Chiba Jets (86-76).

The last team to earn a seat in the elimination stage was the Zhejiang Guangsha Lions, which defeated the Japanese team of the Utsunomiya Brex (90-94) after surpassing the Koreans of Jeonju KCC Egis 88-67.

In the semi-finals, the Lions will face the SK Knights for a seat in the final game to be played on Sunday evening.

Today will be a break day in the tournament with the teams putting aside some time to get to better know Macau and to visit schools in the city, where they will have meet and greet sessions with the students.