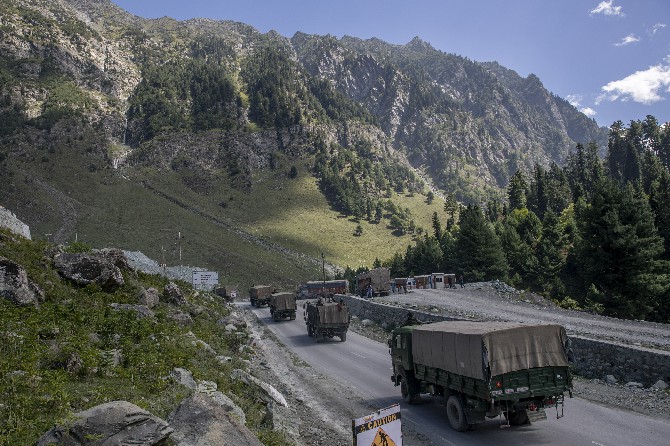 China yesterday demanded India rescind a ban on more Chinese mobile phone apps amid tension between Beijing and other governments over technology and security.
A foreign ministry spokesman accused India of violating global free-trade rules and discriminating against Chinese companies.
India announced a ban on 43 apps, many of them Chinese. It said they threaten India’s “sovereignty and integrity” but gave no details. That came on top of earlier bans on Chinese apps including popular video service TikTok.
“The Indian side should immediately correct this discriminatory practice so as to avoid causing greater damage to the cooperation between the two sides,” said the spokesman, Zhao Lijian.
Zhao called on India to “safeguard the legitimate rights and interests” of Chinese companies but gave no indication whether Beijing might retaliate.
The United States and some other governments also have expressed concern about whether Chinese apps might be gathering too much sensitive information about their users. The Trump administration is pressing TikTok’s Chinese owner to sell its U.S. operation.
Chinese-Indian relations are unusually sensitive because soldiers from the two sides are locked in a standoff over control of an area along their border high in the Himalayas. MDT/AP