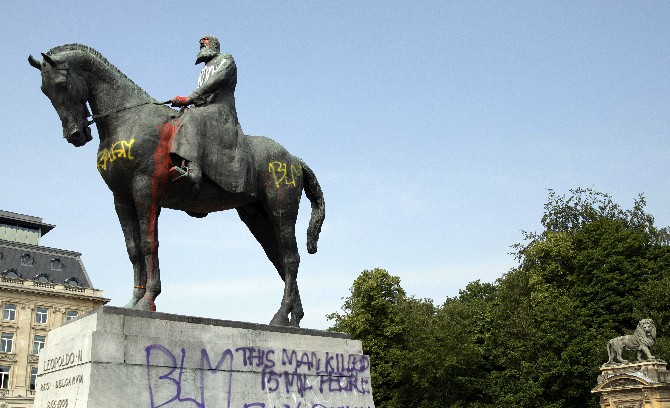 For the first time in Belgium’s history, a reigning king expressed deep regret yesterday for the violence carried out by the former colonial power when it ruled over what is now the Democratic Republic of the Congo.
In a letter to the president of the DRC, Felix Tshisekedi, Belgium’s King Philippe stopped short of issuing a formal apology but conveyed his “deepest regrets” for the “acts of violence and cruelty” and the “suffering and humiliation” inflicted on Belgian Congo. The letter was published on the 60th anniversary of the African country’s independence.
“To further strengthen our ties and develop an even more fruitful friendship, we must be able to talk to each other about our long common history in all truth and serenity,” Philippe wrote.
Philippe’s letter was sent amid growing demands that Belgium reassess its colonial past and take responsibility for the atrocities committed by former King Leopold II. In the wake of the protests against racial inequality triggered by the May 25 death of George Floyd in the United States, several statues of Leopold, who is blamed for the deaths of millions of Africans during Belgium’s colonial rule, have been vandalized. A petition has called for Belgium to remove all statues of the former king.
A bust of Leopold II is expected to be taken down from display today in the city of Ghent following a decision from local authorities. MDT/AP