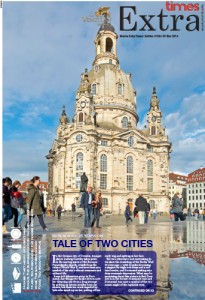 In the German city of Dresden, trumpet player Ludwig Guettler takes pride in the soaring spires of the Baroque Frauenkirche church, rebuilt from the ruins of World War II, and sees them as a symbol of his city’s vibrant economic and cultural life.
Some 440 kilometers away in Dortmund, Ilse-Margarete Bonke tries to save her decaying city from a drug scourge by picking up heroin needles from the streets, but finds her work impeded by kids who sneak up on her, pulling off her curly wig and spitting in her face.
The two cities have met contrasting fates since the crumbling of the Berlin Wall 25 years ago — with Dresden becoming a magnet for high-tech firms and a cultural center, and Dortmund sinking into deep economic depression. What may be surprising about this picture is that Dresden is in the former communist east and Dortmund was once a symbol of the economic might of the capitalist west.
* Movies: The theory of everything

* Music: Southbound by the Doobie Brothers

* Food: Too good to be true 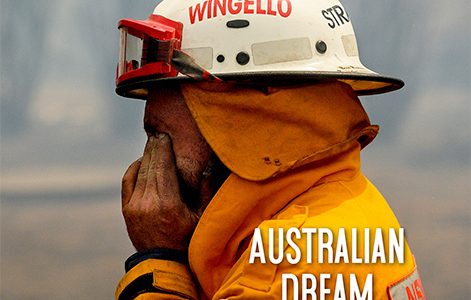