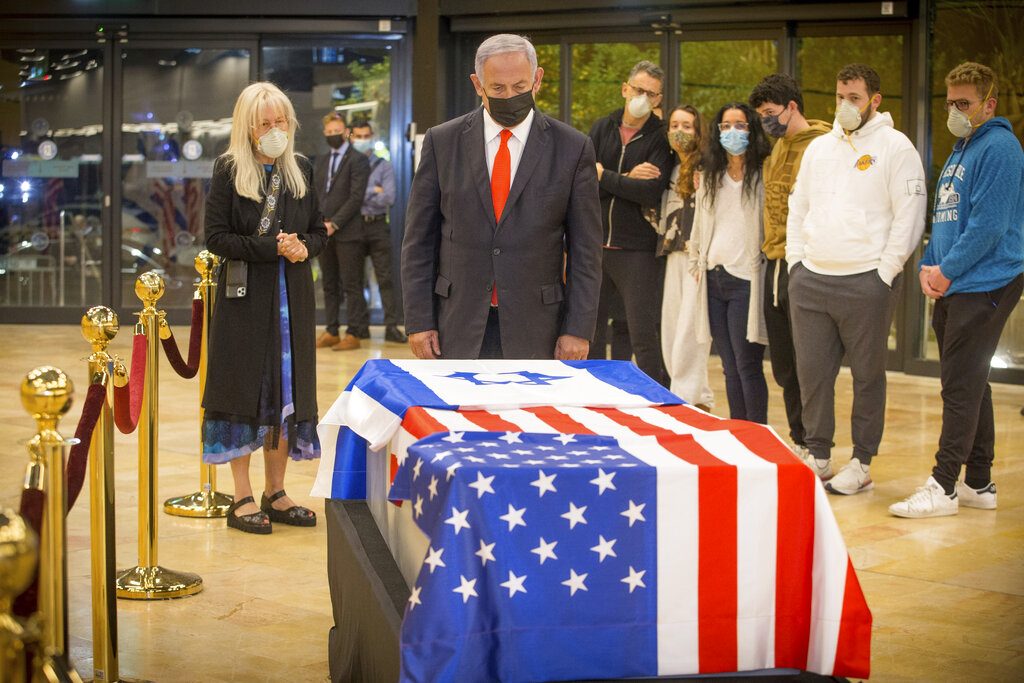 Sheldon Adelson, the billionaire casino magnate who made prolific donations to right-wing politicians and causes in the United States and Israel, was laid to rest in Jerusalem on Friday.

Adelson, a key supporter of President Donald Trump, Israeli Prime Minister Benjamin Netanyahu and their hawkish approach to the Israeli-Palestinian conflict, died this week at the age of 87 after a long illness. His wide-ranging political influence leaves a controversial legacy.

The chairman and CEO of the Las Vegas Sands built a worldwide casino empire. Forbes ranked him the 19th wealthiest person in the U.S., worth an estimated $29.8 billion.

Netanyahu was at the airport late Thursday for the arrival of the casket, which was draped with American and Israeli flags. Adelson was laid to rest at a revered, centuries-old Jewish cemetery on the Mount of Olives, just outside the walls of Jerusalem’s Old City, in a private service.

Adelson was a driving force behind the Trump administration’s departure from decades of U.S. policy in recognizing contested Jerusalem as Israel’s capital and dropping objections to Jewish settlement activity in the occupied West Bank.

Netanyahu, in one of a string of effusive eulogies by Israeli leaders, called Adelson “an incredible champion of the Jewish people, the Jewish state and the alliance between Israel and America.”

The Palestinians and other critics of Israeli policies viewed Adelson’s influence as an obstacle to efforts to bring about a negotiated two-state solution to the conflict, an idea that still has wide international support.

Israeli critics of Netanyahu viewed Adelson’s establishment of a free newspaper that strongly supports the prime minister as a multi-million-dollar campaign donation that further corrupted the country’s politics.