Bobo’s specimen to be displayed by second quarter of 2020 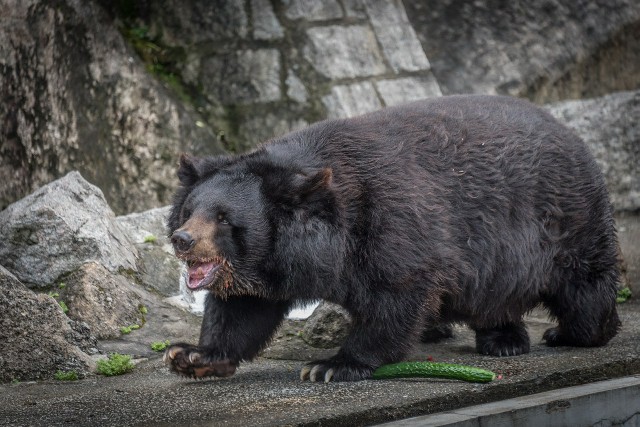 The Macao Animal Specimen Exhibition Hall is in the process of concluding its interior decorations project and is slated to open next year, featuring the specimen of Bobo the black bear.
Despite the public outcry last year about the controversial plan to preserve the Asiatic black bear’s body through taxidermy for it to be made into a specimen for public display, the Municipal Affairs Bureau (IAM) has informed the Times that the taxidermy process has concluded.
“At present, the bear Bobo taxidermy has been completed,” the bureau told the Times.
Following the death of Bobo on November 20 last year, a total of seven animal protection groups held a memorial service in December at Flora Garden, the former home of the beloved black bear.
Local association Abandoned Animals Protection Association of Macau petitioned for a suspension of the taxidermy process as the decision went against the values of some residents.
Meanwhile, the IAM clarified that the specimen will be going on display by the second half of next year.
“The Macao Animal Specimen Exhibition Hall is currently undergoing interior decoration projects and is scheduled to open to the public in the second quarter of 2020,” said the IAM.
“By that time, the Asian black bear Bobo specimen and other animal specimens stored by the Institute will be displayed in the museum to show the public the appearance of animal species and ecological conditions,” it added.
The President of the IAM, José Tavares, said last year that the new museum space is located along the seaside in Coloane village in a building that will be restored.
Since residents have expressed their disappointment at the decision of the government to preserve Bobo’s body, Tavares previously expressed the hope that broader society could understand that the preservation of Bobo was not meant to be disrespectful.
The official said that taxidermy was instead a way to show respect to Bobo as it would record the process and history of how the black bear was raised in Macau.
The move was also aimed at helping to popularize science education and allow Bobo’s historical footprint and impact to live on.
According to the official government account, Bobo was rescued by a Leal Senado staff member (the municipal authority of the time) in the summer of 1984. However, this account is incorrect as reports by TDM and Va Kio Daily on the baby bear revealed it was rescued only in 1986. LV