Brian Lochore, All Blacks captain and coach, dies at 78 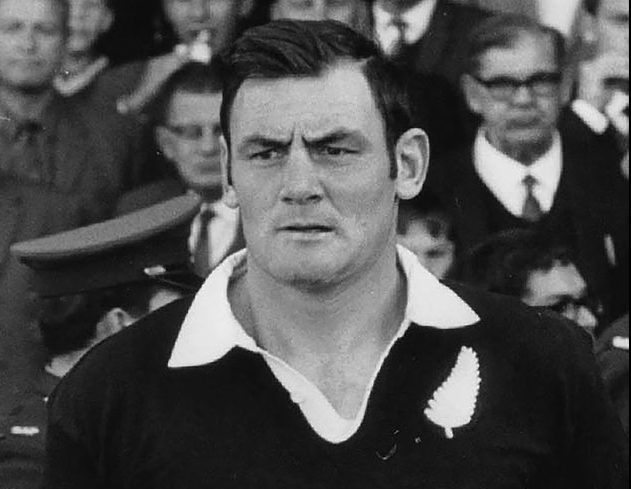 Brian Lochore, who captained the “greatest” All Blacks team of 1967 and went on to coach New Zealand to the inaugural Rugby World Cup title in 1987, has died. He was 78.

Lochore was being treated for bowel cancer. His oldest son David Lochore said he died peacefully at home on Saturday.

“To those from around New Zealand and the world who have sent messages, these have been enjoyed by our Dad and appreciated by us all,” David Lochore said in a statement. “Dad led a life that was full and one which he was very proud of. Our hearts are breaking at a life we feel still had much to give.”

Lochore made 68 appearances for the All Blacks as a back rower or lock from 1964 to 1971, captaining the team in more than 40 of those games.

Under his leadership, in what was regarded as a golden era of New Zealand rugby, the All Blacks did not lose a test for almost five years.

All Blacks head coach Steve Hansen called Lochore “one of the most respected men in New Zealand, not only in rugby but all facets of New Zealand life as well as being hugely respected and held in high regard around the world.”

In his first series as captain Lochore led New Zealand to a 4-0 win over the British and Irish Lions in 1966.

He worked with Fred Allen, who won all of his 14 tests as coach, to produce a new running style of rugby that transformed the game. The style came to fruition in 1967 when the All Blacks were unbeaten in 24 matches on a tour to Britain, France and Canada.

The 1967 team included all-time greats such as Colin Meads, Kel Tremain, Waka Nathan, Ken Gray, Ian Kirkpatrick and Sid Going and is still regarded as the greatest All Blacks team of all-time. Lochore’s appointment as captain was a measure of his stature.

The noted England rugby writer Wallace Reyburn said Lochore “in attack and defense — perhaps particularly in defense — proved himself the world’s master in that position.”

New Zealand writer Sir Terry McLean said Lochore’s “physical fitness was inexhaustible, his anticipation was hawk-like, his resolution was impenetrable. Add to this his catching at the lineout, his total engagement in the tight-loose, his serviceability on defense and you have the picture of a great back row forward. New Zealand has fielded none better.”

Lochore led New Zealand to home series wins over France and Wales before leading the team to South Africa in 1970. The New Zealand public was hopeful they would achieve an away series victory over the Springboks for the first time but controversial refereeing saw them lose the four-test series 3-1.

Lochore retired on his return home. But when the All Blacks suffered a series of injuries during the 1971 series against the Lions he answered a call from the selectors to return. He famously left a note on the kitchen table of his Wairarapa farmhouse telling his wife Pam he had gone to Wellington to play in a test and would call soon. MDT/AP