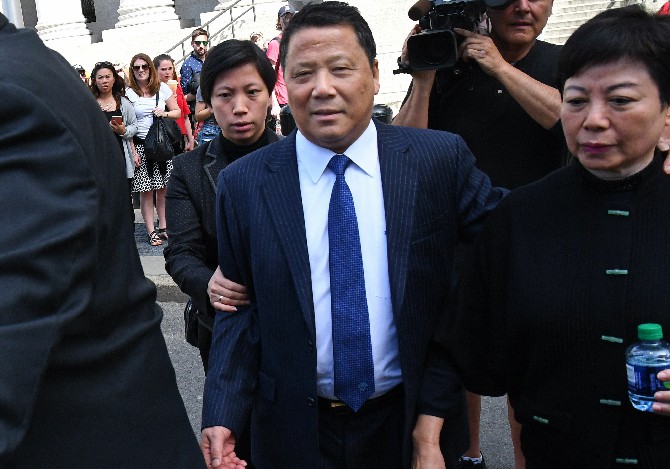 A U.S. judge yesterday (Macau time) sanctioned an early release from prison on compassionate grounds for bribery convict Ng Lap Seng, Macau’s real estate tycoon, who will return to Macau due to his deteriorating health.
The U.S. District Judge Vernon Broderick said the exemption was granted for Ng as it would be safer for him to stay in Macau than in a Pennsylvanian prison, where hundreds of Covid-19 cases have been reported, according to a report by Reuters.
In 2017, Ng was sentenced to four years’ imprisonment for bribing two ambassadors from the United Nations (UN) to pave the way for building a multibillion-dollar conference center in Macau, that would host the annual United Nations Global South-South Development Expo and other events.
The implicated UN ambassadors were Francis Lorenzo, a former UN Ambassador from the Dominican Republic, and John W. Ashe, the late former Permanent Representative of Antigua and Barbuda to the UN and the 68th President of the UN General Assembly.
As of now, Ng, the founder of Macau-based real estate developer Sun Kian Ip Group, has served 34 months of his four-
year term at a Pennsylvania prison in the U.S.. He has been suffering from diabetes.
Some prosecutors urged the judge to reconsider the decision, seeing as Ng has not yet received the second dose of Moderna Inc’s Covid-19 vaccine, scheduled on Tuesday.
However, the judge turned down the request, saying at the hearing that “there is a certain level of humanity that I’ve decided to exercise.”
Ng’s lawyer Benjamin Brafman commented that Broderick made the decision as he “understood the human toll that changing his mind would have imposed on Mr. Ng, to first be told you are going home only to then be told that the court had changed its mind.”
It is an additional “trauma” Broderick would not allow, Brafman added.
It is expected that Ng will be fully vaccinated and sent to the custody of immigration officials before flying to Macau.
Ng was originally scheduled to be released on December 23, 2021.