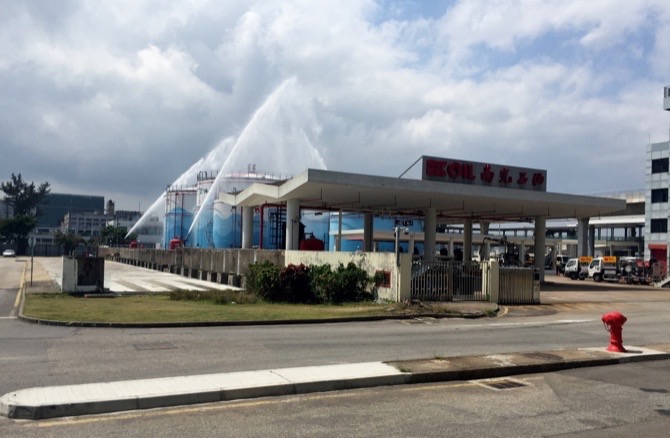 The Macau International Airport carried out a fuel farm exercise to simulate a fire in the farm. The drill, which lasted for 45 minutes and involved around 300 people, tested a scenario in which a fire took place in a fuel tank top due to static electricity. The fuel farm drill is carried out once every year with the objective of testing and assessing the capacity of government entities and operators to handle a fuel farm emergency.

Lantern classified as an illegal weapon

The Public Security Police Force said it had caught a Thai man, a lawyer in his thirties, with an object classified as a forbidden weapon last Saturday evening at the Macau International Airport. According to the report, the man was caught trying to board an airplane back to Thailand with a powerful lantern in his luggage which, according to the PSP, is considered an illegal weapon in Macau. The man told the police that he was unaware of the interdiction, claiming that he had bought the lantern online long ago and had been using it ever since.

A local resident in his twenties has been caught by a supermarket staff member stealing food products in an establishment at Rua do Almirante Costa Cabral in Central Macau. The theft was discovered by a staff member, who subsequently stopped the man from exiting the establishment. The man was found to be in possession of a total of seven products worth MOP69.70, two of which belonged to the supermarket, and the other five of which were from a nearby convenience store.

Kuan Cheong Wun Ian, member of the Northern Districts Community Services Consultative Committee, has suggested that the government authority amend the city’s noise control law. According to a report by Macao Daily News, Kuan has proposed that the government establish instructions and policies targeting groups of people who sing or dance in public gardens and who, in particular, are responsible for generating loud noise. Data from the Civic and Municipal Affairs Bureau (IACM) showed that, among the 68 complaints about noise filed in 2017, the complaints concerning people using speakers while dancing in gardens topped all categories.

Benfica de Macau was defeated 8-0 in their away game yesterday against North Korean champions 4.25 SC (April 25 Sports Club), according to the results published on the AFC Cup website. Benfica were 2-0 down by half time after conceding against Kim Yu-Song and Ri Hyong-Jin in the 13th and 21st minute respectively. That lead was extended early into the second half, with Kim going on to score a total of four goals for 4.25 SC. The Pyongyang-based club was the only team that Benfica had not yet faced in the group, after its impressive start to the tournament. Both clubs had started the match on six points having both won their first two consecutive AFC Cup games for the first time in their history. Following 4.25 SC’s victory yesterday, the club now resides in the top spot with nine points.

‘The Future of Classical Music’ at the UM this Saturday 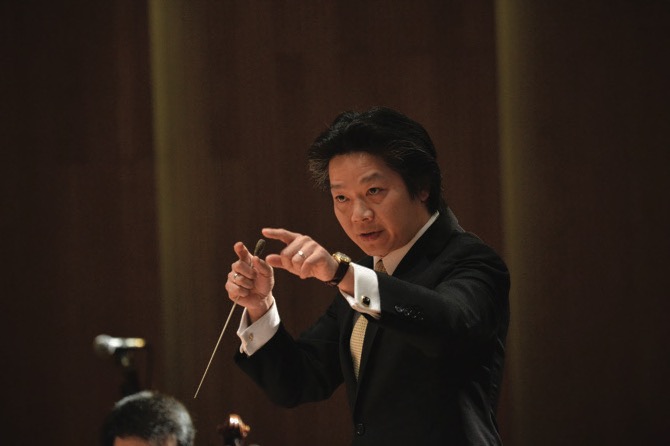 The Macao Orchestra will take young Macau musicians to the University of Macau’s University Hall (N2) this Saturday at 8 p.m. to present the concert “The Future of Classical Music” under the guidance of the orchestra’s assistant conductor, Francis Kan. Annually, the orchestra organizes a joint performance with young musicians and music lovers, allowing them to showcase their talent. This year, under the baton of OM’s Assistant Conductor, Francis Kan, the young musicians will interpret “Nimrod” from Elgar’s Enigma Variations, Britten’s “Simple Symphony” and Sibelius’ “Finlandia”.

The Judiciary Police (PJ) is reminding the public to be cautious of Ponzi schemes. In an official statement released by PJ, the police authority said it came to know about scammers in the city who are inviting residents to invest in a group, that is said to be able to offer 150 percent of the investment in returns after several months. As the PJ understands, these scammers first strike up conversations in order to persuade and brainwash people into investing with them. The investors then collect a payment when they introduce another investor to the group. The PJ said that it has not yet received any reports from the public regarding such cases, however it urges the public to be cautious of these scam investments.