Briefs | Alexis in Venice: We have much in common 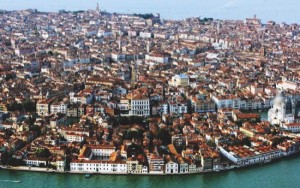 Last week, Secretary Alexis Tam visited the 56th Venice Biennale exhibition, the oldest art event in the world. This year, Macau is represented by a retrospective of renowned painter Mio Pang Fei. Mr Tam, who travelled with IC’s president Ung Vai Meng, took the opportunity to visit heritage sites in the Italian historic city, and drew parallels between Macau and Venice. “Like Venice, Macau is also a tourism city, with a rich cultural history and very peculiar characteristics,” he expressed, as quoted by a government press release. On the night of May 16, Mr Tam went to Geneva to participate in the 68th General Assembly of the WHO.

The “20th Macao International Trade and Investment Fair” (20th MIF) will be held at the Venetian Macao from October 22 to 25, 2015. The event is organized by the Macao Trade and Investment Promotion Institute (IPIM). The World Association of Investment Promotion Agencies (WAIPA) has been invited as a Special Supporting Organization while 15 local, mainland Chinese and Hong Kong economic and authorities or trade associations have been invited as event co-organizers. The Macao Convention & Exhibition Association, Macau Fair & Trade Association, and Association of Advertising Agents of Macau are jointly coordinating the event. This year, the Macao SME Pavilion will be jointly organized by the Macao Chamber of Commerce and IPIM, with the Macau Small and Medium Enterprises Association and Macau Business Women’s Association as co-organizers.

The Monetary Authority announced last week that the preliminary estimate of the MSAR’s foreign exchange reserves amounted to MOP137.3 billion (USD17.20 billion) at the end of April 2015. The reserves increased by 0.3% from the revised value of MOP136.9 billion (USD17.14 billion) from the previous month. The MSAR’s foreign exchange reserves at the end of April represented 12 times the currency in circulation. The trade-weighted effective exchange rate index for the pataca, a gauge of the domestic currency’s exchange rates against the currencies of Macau’s major trading partners, fell by 0.34 points month-to-month but rose by 7.74 points year-on-year to 104.85 in April 2015.

A new health center will open in Taipa on May 27 to serve patients living in the Avenida de Kwong Tung area, the Health Bureau announced last week. Residents who usually resort to Taipa’s Health Center services can register with the new health center, but should be aware that registration is based on each resident’s location. The new health center provides services for children, adults, pre-natal care, and gynecology, among other medical specialties.

More than 200 participants yesterday joined a camp hosted by the Macau branch of World Vision to experience starvation for ten hours. An eight-year-old attendee said he wished to feel the dilemma of the impoverished through the event. Another participant, also a parent, hoped to teach her kids the principle of “enough is fine” in the camp. The organizer required the participants to walk barefoot during the entire course and sought to make them realize that most poverty-stricken nations in the world are not able to get themselves out of the poverty trap unless through medical and educational development in neighborhoods.

The Bureau of Telecommunications Regulation released the results of its investigation into four accidents in CTM’s telecommunication network last year. Regarding a network accident in late February, 2014 that affected mobile phone users, the bureau decided to fine the local telecom service operator MOP78,000. As for the remaining of incidents that occurred in January, March and May, CTM avoided any penalty, as either the incident had been caused by unexpected circunstances such as fires, or no obvious breaches were discovered in the investigation.