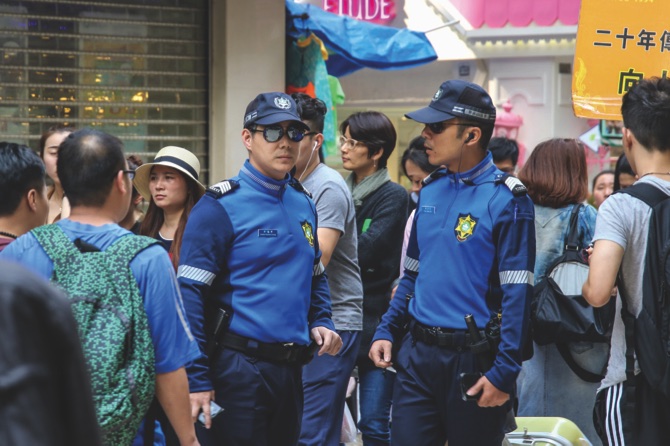 The head of the public relations department of the Public Security Police Force (PSP), Lei Tak Fai, noted that, in the long term the region might allocate more Tourist Police officers to the streets, according to a report by Macao Daily News. The addition of more human resources will serve to face the needs of the city’s tourism sector. Moreover, the equipment and uniforms of these officers might also be upgraded, depending on future circumstances. Forty tourist police officers begun to patrol the streets of Macau this month; 30 on the Macau Peninsula, and 10 on the islands. Lei pointed out that these officers will not only assist tourists, but will also prevent crimes and help with human flow control.

The president of the Macau Computer Society, Chan Weng Kin, noted during a forum that took place on Monday, that 90 percent of the world’s free Wi-Fi services are not ideal, and that Macau is not unique when it comes to free Wi-Fi services. Chan pointed out that the government’s shortage of human resources, imperfect supervision mechanisms, and vague punishment policies mean that the city’s free Wi-Fi is flawed. He suggested that the government interconnects with different telecommunication providers in order to improve the quality of the services.

At the end of the fourth quarter of 2016, the Wholesale & Retail Trade sector had 57,845 persons engaged, up by 3.6 percent year-on-year. According to a survey on manpower needs and wages, as of December 2016, average earnings (excluding bonuses) of full-time employees rose by 2.6 percent year-on-year to MOP12,800. The survey covers diverse sectors, namely: Wholesale & Retail Trade; Transport, Storage & Communications; Security Activities and Public Sewage & Refuse Disposal Activities.

Labor law to be revised next year

A new revision of the labor law will enter the legislative process in the first quarter of 2018. This pledge was made by the Secretary for Economy and Finance, Lionel Leong, in remarks to journalists in Beijing. Leong said that among the seven amendments to be enforced in the revised law that are currently in discussion by the Standing Committee for the Coordination of Social Affairs, one was the expected creation of paternity leave.

The Judiciary Police (PJ) has revealed that there is not yet an established date for the creation of the so-called “DNA database.” It remains unclear whether the project, which has since 2012 been described as an important asset to the force, will be implemented. According to PJ’s spokesperson, the main obstacle to the establishment of such a project is the “complexity of the legislative process.” “The procedures regarding the production of legislation in this field are lengthy, so legislating on the DNA database is still ongoing,” a PJ spokesperson told Lusa. Nevertheless the spokesperson also claimed that the PJ is working on such a project in the hopes that, when the relevant law comes into force, the establishment of a DNA database will swiftly follow suit. The idea of having a DNA database in the region came during the mandate of the current Secretary for Security, Wong Sio Chak, who was  director of the PJ at the time.