South Korean low-cost carrier T’Way Airlines has announced that it will be launching a new Seoul–Macau route starting in late November. The service will include five weekly links to Incheon International Airport. The first flight is scheduled for November 27. 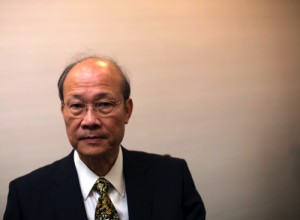 The Individual Visa Scheme extended to more cities in mainland China, according to Ambrose So.  SJM’s CEO said yesterday that the first days of the “golden week” have been good. However he expects October gaming revenue to be down by a third from last year.

A public tender will be organized to attribute 100 new special taxi licenses, according to an Official Gazette dispatch. The licenses are to operate taxis via the radio taxi service, suspended by the government on November last year when Vang Iek Radio Taxi (known as “yellow taxis”) stopped operating. The Transport Bureau explained in a press relaease that the tender preparation works are “about done” and stated that in a “short period of time” it will publish all of the details regarding this process. The new concession to operate the service will be valid for a period of eight years.