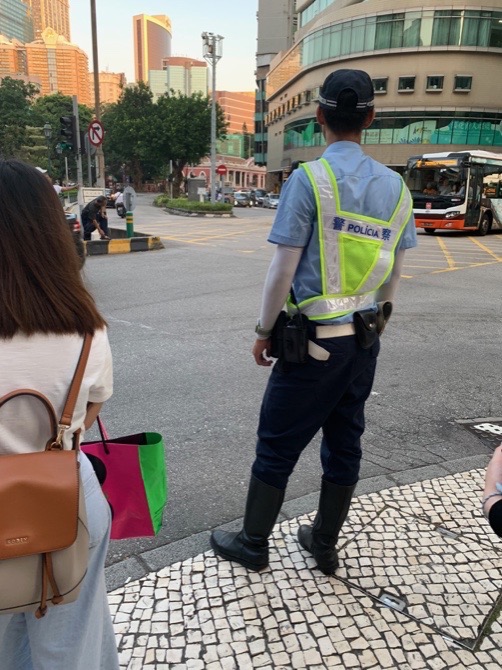 Macau businessman Vong Kok Seng, who is also a vice president of the Macau Chamber of Commerce, Board of Directors, has said that Macau people drawing attention to Hong Kong police brutality constitutes a “blatant violation of constitutional principles.”

Vong published an article in Macao Daily News endorsing the Court of Final Appeal’s (TUI) recent ruling to uphold a police ban on demonstrations in Macau against police actions in Hong Kong.

The TUI had ruled in favor of the decision taken by the local police authorities that deemed such assemblies illegal due to the motifs expressed by them.

The assemblies had sought to draw attention to the disproportionate use of force by the Hong Kong police during the months-long protests in the city.

Through a statement penned by their “representative”, political activist Jason Chao, the organizers of the assemblies were last week joined by legal experts in expressing their disbelief over the ruling.

However, the ruling has found praise from pro-establishment figure and local businessman Vong.

“The relevant departments of the Macau SAR government have always handled assembly and demonstration notifications in accordance with the law [and the principles] of fairness, justice and rigorousness,” noted Vong in the article. “I fully agree with the conclusion of TUI [which] agrees with the reasons given by the Public Security Police Force for not allowing the assembly.”

“Moreover, no matter how the assembly is wrapped up, it is actually intended to mislead the public and to condemn the Hong Kong police authority, allowing, in turn, the creation of a platform to intervene in the internal affairs of the autonomous Hong Kong SAR,” Vong said, adding that “it is a flagrant violation of the basic principles of the constitution of the SAR.”

Vong remarked that Macau residents enjoy their right to assemble and demonstrate in accordance with the law but are also subject to restrictions in the law.

He said that “a harmonious and stable society and a high degree of security are essential.”

“Everyone agrees that Macau cannot become chaotic. Therefore, the relevant departments of the SAR government must decisively and appropriately stop activities which will affect social harmony and stability, in order to ensure Macau’s security, stability and peace,” Vong wrote. JZ