Cape Verde receives 273,000 tourists in first half of the year 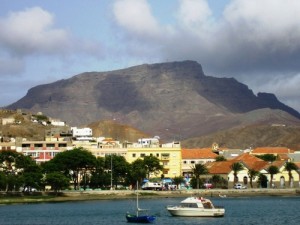 The number of tourists who used hotel establishments in Cabo Verde (Cape Verde) in the first half of 2014 rose 1.2 percent year on year to 273,400 leading to 1.699 million overnight stays, according to the National Statistics Institute (INE).
Analyzing the figures by quarter, it appears that in the second quarter hotel establishments welcomed 110,900 tourists, an increase of 4.3 percent year on year and 4,600 in real terms, with overnight stays totaling 717,000, down by 0.1 percent.
The UK was the leading country of origin for tourists, with 20 percent of total entries. British tourists stayed the longest amount of time in Cabo Verde, with an average stay of 8.9 nights, mostly on the islands of Sal and Boavista.
After the UK came Portugal, Germany and France accounting for 15.8 percent, 12.8 percent and 10.4 percent of tourist entries, respectively, with visitors also preferring Sal and Boavista Islands.
In terms of overnight stays, the UK remained in first place with 27.9 percent of the total, followed by Germany (16.4 percent), Portugal (12.5 percent) and the Netherlands (9.2 percent).  MDT/Macauhub