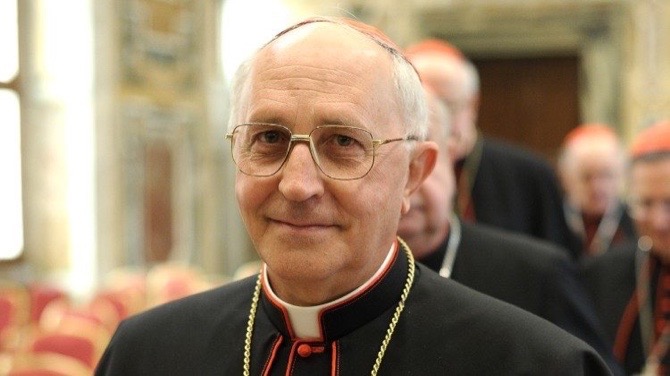 The Prefect of the Congregation for the Evangelization of Peoples in the Roman Curia, Cardinal Fernando Filoni, has spent two days in Macau as part of his pastoral visit.

The cardinal – an expert in Chinese affairs – travelled to Taiwan as a Special Envoy of the Holy Father to conclude the celebration of the IV National Taiwan Eucharistic Congress.

He was also part of a meeting with the Bishops of the Chinese Regional Episcopal Conference, amongst a series of visits he conducted in Taiwan.

During his visit to the SAR, the cardinal held a solemn mass at Sé  Cathedral which was attended by a significant number of Catholic devotees.

He also took part in a meeting with local priests and affiliates of the diocese on Sunday, according to reports.

Yesterday, the cardinal visited the University of St. Joseph to celebrate mass and meet with professors and students.

Cardinal Filoni has been the Prefect of the Congregation for the Evangelization of Peoples in the Roman Curia since May 2011, following the appointment of Pope Benedict XVI.

He is set to leave for Rome tomorrow. LV