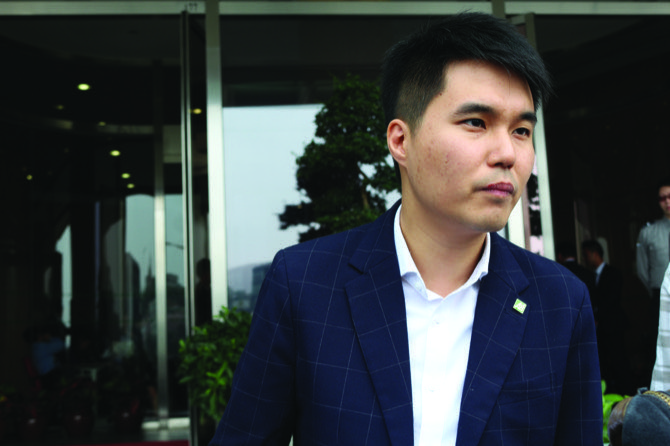 Lawmaker Sulu Sou’s appeal to the Legislative Assembly (AL) plenary in relation to a proposal to amend the electoral law of the Chief Executive (CE) election has been scheduled to be addressed during next week’s plenary meeting on Tuesday.

Yesterday, during a press conference organized by the New Macau Association on the topic, the lawmaker said he expects and is ready to face the criticism of the other lawmakers on the topic, as he has on other occasions.

“I am prepared to face their criticism on the matter at the next general meeting. I think this is [part] of a process [that occurs] in many societies. We need someone to try new things and raise discussion and reflection from the public. This is a necessary process [on the path to] democracy in many societies,” Sou said, adding that he expects heavy criticism from other lawmakers.

Both the president of the AL, Ho Iat Seng, and the Executive Board of the AL found that the proposal was not in accordance with the Macau Basic Law when justifying their refusal.

In the words of lawmaker Sou, the main purpose of his appeal was not to win but to get “people to think more and talk more [about democracy-related topics].”

Sou added he thinks that legislators should exercise the powers attributed to them by law.

“We are just ‘chopping up’ what government wants [and proposes]. That’s not acceptable, not just for this bill, but for every bill,” Sou said, pointing out the lack of legislative initiative from most of his peers.

Acknowledging that his bill would probably gather more criticism than support, Sou said that he would at least like to try and gather support from the democrats.

“I haven’t talked to them yet, but I will. I want to explain my purpose and intentions clearly so I can get their support,” said Sou. “I know the others probably won’t even listen.”

He hopes that the CE election topic will start a “reasonable and rational discussion among all lawmakers” at the Tuesday debate.

Commenting on the constant strife between him and the president of the AL, Ho Iat Seng, Sou said: “I disagree with the idea that I saw aired by some media that I am in a battle against Ho. I am just doing my work and my duties [as a lawmaker].”

When asked if he thought Ho would be present to lead the debate at Tuesday’s session, Sou said, “I predict Ho will attend the plenary, because they [the president and the Executive Board] didn’t think he was [in a situation] of conflict of interest to discuss the bill. I disagree, and so I suggested that he should not participate.”

“If he were absent from the meeting, [then] this means that he agrees [with what I previously stated], that he had a conflict of interest to decide on my bill previously.”

IS A LONG ROAD

According to Sou, although there is little hope of passing the bill that would enforce multiple-candidacy elections for the Chief Executive position, there is nevertheless a need for it to be discussed.

Although Sou continues to stress that universal suffrage is a fundamental right, it is not his top priority for the time being.

“We have been calling for universal suffrage since at least 2017 [for the 2019 Chief Executive election]. Now we know that is not possible, but we still insist on the development of the system to increase the choice.”

The last time a Chief Executive election had more than a single candidate was Macau’s first, in May 1999, in which Edmund Ho emerged victorious.

For Sou, it is unacceptable to have uncontested elections for Macau’s top post. He pledged to continue to work on the direction of democratization in Macau.

Earlier this week, law expert António Katchi said that in his interpretation, lawmakers should be granted the power to amend the election law. When questioned on this, Sou said, “I will talk to him in the near future to explain the exact purpose and scope of my proposal.”

“I am not aiming to change the political structure, neither the election committee composition nor the way that the election is done. My proposal only focuses on the fact that there should be some competition and one candidate should not run alone,” added the lawmaker.

“I think that political structure, as stipulated in the Basic Law, should be not be interpreted so broadly,” he said.

Sou further noted the fact that lawmakers cannot change the law concerning AL elections is precisely due to their “conflict of interest,” since they are voting on something that affects them directly, though this does not occur in the Chief Executive election.