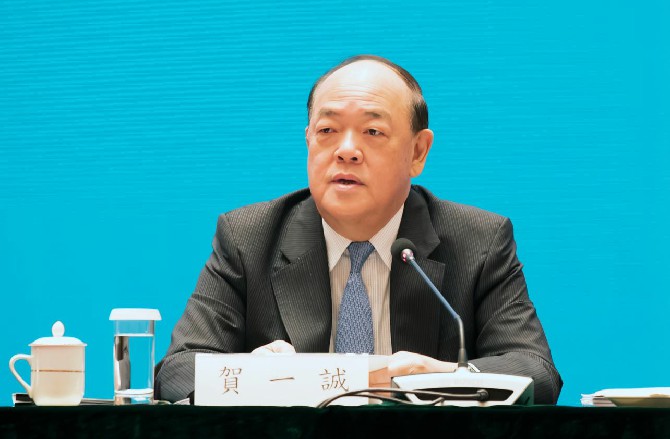 From tomorrow until September 28, Chief Executive Ho Iat Seng will lead a local government delegation to visit the cities of Chengdu in Sichuan Province, and Xi’an in Shaanxi Province.
Ho will attend the Pan-Pearl River Delta Regional Cooperation Chief Executive Joint Conference in Chengdu on Friday.
According to a statement issued by the Government Information Bureau, Ho is scheduled to meet with leading officials from the Pan-Pearl River Delta, and attend the Sichuan-Macao Cooperation Conference as well as the opening ceremony of the “Macao Week in Sichuan-Chengdu” roadshow event, in addition to paying site visits to local projects.
Following the Sichuan visit, the CE will then visit Xi’an for the closing ceremony of the 14th National Games of China on September 27. Ho will take part in a ceremony with representatives from Guangdong and Hong Kong to receive the flag of the National Games, as the three co-host cities of the next National Games in 2025.
Macau has sent a 154-strong delegation to Shaanxi for the Games, which are being held from September 15 to 27, and will take part in a total of 17 events. While in Xi’an, Ho will meet with provincial officials to exchange views on matters of mutual interest.
The Secretary for Economy and Finance, Lei Wai Nong, will accompany the Chief Executive on the Sichuan visit. The Secretary for Social Affairs and Culture, Ao Ieong U, will join the delegation in Shaanxi.
The Secretary for Administration and Justice, Andre Cheong will be the acting Chief Executive. LV